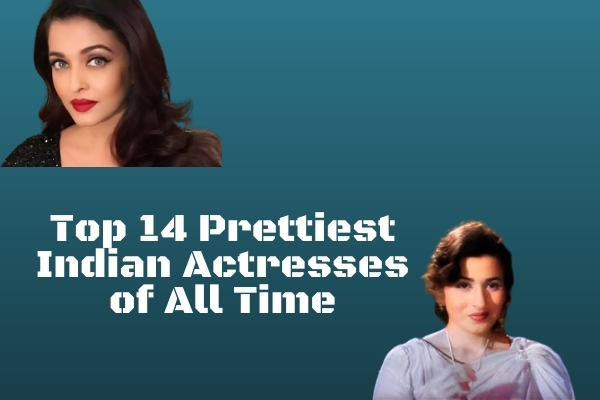 Bollywood is no less than any industry when you count on the beautiful ladies who have appeared on the silver screen. Indian movies have a rich history of pretty ladies appearing and charming Bollywood fans. Sometimes fans go crazy about these actresses and do weird things.

A fan gifted Kareena Kapoor a diamond necklace worth 40 lakhs. Sonal Chauhan (Jannat fame) was gifted with a truckload of roses by her fan. A man created a whole website to gift her favorite actress Deepika Padukone.

Nargis Fakhri is a model and actress of Indian descent. Nargis appeared in Season 2 of the American Model reality show in the United States. In her debut movie in Bollywood, Fakhri starred alongside Ranbir Kapoor and the movie name was Rockstar. Fakhri played a supporting part in the Hollywood picture Spy.

Anushka Sharma is a well-known Bollywood actress as well as a film producer. In the Hindi cinema industry, she is well-known as one of the best actresses of the current generation. Anushka Sharma, who began her career as a model, was signed for three films by Yash Raj Banner at the same time, and her career took off in the correct direction. She also won a Filmfare Award for best co-actress for the film ‘Jab Tak Hai Jaan.’

Yami Gautam is an actress and former model from India who has appeared in many ads in her early days. She was born in the Indian state of Himachal Pradesh on November 28, 1988. Yami Gautam has worked in the cinema industries of Hindi, Tamil, Kannada, Malayalam, and Punjabi. She made her movie debut in the Kannada film Ullasa Utsav in 2009 and her first Hindi flick was Vicky Donor in 2012 opposite Ayushman Khurana.

Deepika was born in Copenhagen, Denmark. Her father’s name is Prakash Padukone, who has been a famous badminton player in India. She also has a younger sister named Anisha. She started her Bollywood career in 2007 with the movie Om Shanti Om. Before starting her movie career, she did some ads and video albums. She also appeared in Kingfisher Calendar. Deepika Padukone married Bollywood actor Ranveer Singh on 14 November 2018.

Poonam Dhillon was born on April 18, 1962, is an actress in Hindi films. She originally belongs to Bihar. She has also worked in theatre and television serials. She won the Femina Miss India title in 1978 at the age of 16 years. She made her silver screen debut in the movie Trishul, starring opposite Sachin Pilgaonkar.

Juhi Chawla was born on November 13, 1967, is an actress, model, filmmaker, and businesswoman. In 1984 Juhi Chawla won the Miss India title. She is among few beauty queen of Bollywood.

Juhi has primarily worked in Hindi cinema. However, apart from Hindi, she has also worked in Bengali, Punjabi, Malayalam, Tamil, Kannada, and Telugu language films. She made her on-screen debut in 1986 with Sultanat. Juhi charmed the audience with her smile, and she is certainly one of the prettiest Indian actresses.

Born on 11 February 1957, former actress Tina Munim became Tina Ambani after marriage with Anil Ambani. After winning an international beauty contest in 1975, Dev Anand was impressed with her beauty and gave her the first break in Bollywood in Desh Pardesh in 1978. After that, she was regarded as one the most pretty actress of her era.

Katrina Kaif was born on born 16th July 1983. She is a British Indian actress and model who works primarily in the Hindi film industry, although she has also worked in Telugu and Malayalam films. She debuted in Indian cinema with the movie Boom in 2003 and appeared in more than 50 Hindi movies. She is considered one of the prettiest Indian actresses of the current lot.

Ileana D’Cruz, born 01 November 1987, is an Indian film actress who started her acting career with Telugu-language films. She starred in commercially successful films Pokkiri (2006), Jalsa (2008), and Kick (Telugu). And established herself as one of the leading actresses of Telugu cinema. Then she moved to the Hindi industry and started her journey in Bollywood with the movie Barfi opposite Ranbir Kapoor in 2012.

Madhuri Dixit was born on 15 May 1965 in Mumbai. Madhuri, the lovely daughter of Shankar Dixit and Sneh Lata Dixit, wanted to become a doctor since childhood, but she became an actress. In the 80s and 90s, she established herself as a leading actress and well-known dancer in Hindi cinema. She started her career with the 1984 film Abodh.

On 16th October 1948, Hema Malini is an Indian actress, writer, film director, classical dancer, and politician. She started his film career with Raj Kapoor with the film ‘Sapno Ka Saudagar’. She was also named the dream girl by her fans and followers. She got married to He-Man of Bollywood Dharmendra and has two daughters.

Bina Rai was one of the most beautiful actresses in the 1950s and 1960s. She was compared with her contemporary Madhubala in the case of beauty. She entered into Hindi cinema as a result of a contest she won in 1950. Her debut movie Kali Ghata was directed by ace actor and director Kishore Sahu. It was Kishore Sahu who gave her the name “Bina Rai”. Her original name was Krishna Sarin.

Bina Rai later married Prem Nath and the couple started their own production house. The first movie under their production was ‘Shagufa’ in1954. Bina was born on 4 June 1931 in Lahore, British India. She passed away on 6 December 2009.

Born on 1 November 1973, Aishwarya Rai is certainly among the top 5 beautiful actresses to appear on the silver screen and she is also one of the beauty queens of Bollywood. She started her career in modeling in 1991 and won many beauty contests. She even featured in Vogue magazine before winning the Miss world title.

She won Miss World in 1994, and soon she entered Bollywood. She also starred in some blockbusters and was among the top actress from the early 2000s to around 2010.

In 2007 she got married to Abhishek Bachchan and the couple has a daughter named Aradhya.

Madhubala (original name Begum Mumtaz Jehan Dehlavi) was born on 14 February 1933, Delhi and died on 23 February 1969, Bombay. In a concise period of time, she rose to success and popularity. She is considered one of the prettiest Indian actress, and many argue that she is the prettiest actress to appear in Indian cinema. She started her acting career in 1942 with the movie Basant. Furthermore, she was married to legendary singer Kishore Kumar.

So this was our list of the 14 prettiest Indian actresses. There are other actresses too in the Indian cinema industry who are quite pretty, and even we have so many beautiful ladies in the South industry too. Likes of Divya Bharati, Sridevi, Kareena Kapoor, Minakshi Shesadri are missing from the list as we felt this is the best choice for the top 14.

If you have any suggestions or comments then you can use the comment box below.