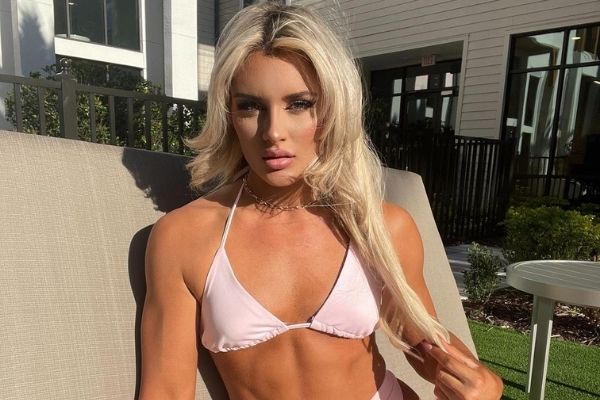 Tiffany Stratton made her long-awaited WWE NXT debut tonight, after being teased with videos throughout the previous two NXT episodes.

In her first match, Tiffany Stratton faced Fallon Henley, and Stratton came out looking tremendously confident, taking command of the match right away. She would then lock in a wrist hold, but Henley would respond with one of her own. Stratton then climbed to the top and grabbed Henley’s arm as she descended, pinning her to the ground. Henley stood up and proceeded to lock in a hold, which she succeeded on her second attempt, but Stratton countered and locked in one of her own, taunting Henley as she did so.

All of daddy’s money has been put to good use as @tiffstrattonwwe made a splash in her #WWENXT debut! pic.twitter.com/RIClURMgqL

That was her maiden NXT victory, and she blew a kiss to the fans in the ring afterwards.

The next question is who will be her next opponent. Stratton will want to keep building momentum and winning, but there will be some in the NXT 2.0 locker room willing to knock her down a notch, so they will be lining up for an opportunity at NXT’s newest star.

We’ve only seen snippets of Tiffany Stratton thus far, but we know she’s wealthy, has a wealthy father, and isn’t hesitant to flaunt her wealth and skill in the ring. She didn’t deliver any post-fight promos, so we’ll have to wait and see if she does next time to get a better sense of her character, but winning your first match is a good way to get started in NXT.