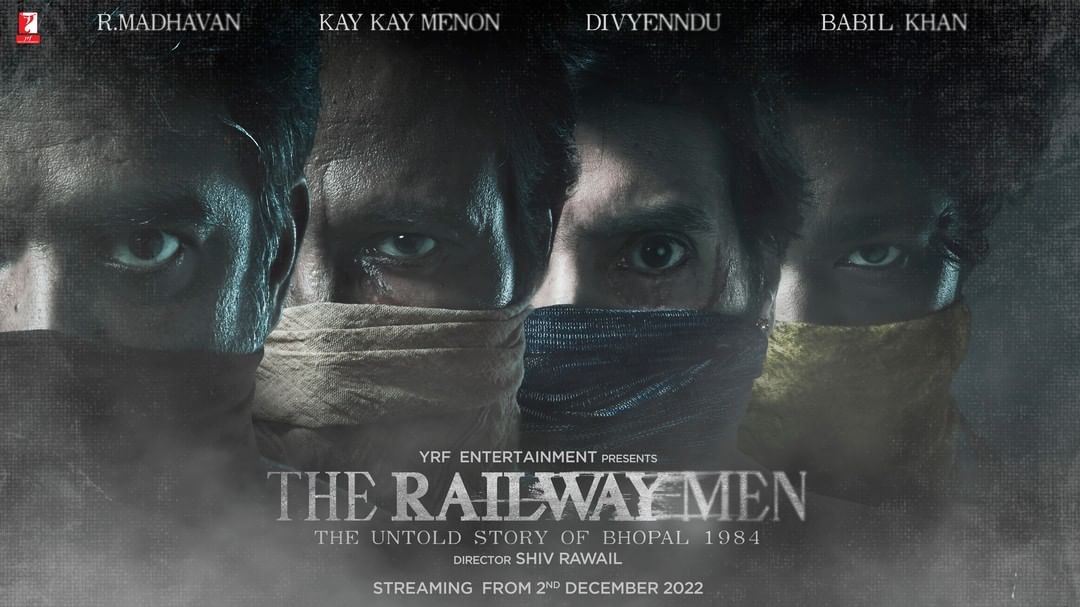 A few days ago, it was reported that Yash Raj Films, the powerful production house of the Bollywood film industry, is venturing into the world of OTT content, beginning with a massively expensive web series. YRF has now announced that project. Yash Raj Films will produce the OTT projects under the banner of YRF Entertainment.

The first look poster and teaser of this web series were also shared. With this, it was told that it is dedicated to the unsung heroes of the Bhopal Gas Tragedy in 1984, who did not care for their lives in the service of the people. Shiv Rawail is directing this series. This web series will be streamed precisely one year later, on December 2.

The story of the series will revolve around four main characters. The characters are played by KK Menon, R Madhavan, Divyendu, and Irrfan’s son Babil Khan. On the first look poster, these four characters are shown with half their faces covered.

Expressing happiness on being associated with this project, Babil wrote – Honored to be a part of YRF’s first OTT project The Railway Man. A Tribute to the Unsung Heroes of the 1984 Bhopal Gas Tragedy. I salute these people who saved many lives 37 years ago.

A few days ago there were reports that Aditya Chopra, the head of YRF, has kept a budget of about five hundred crores to set up the digital platform. The content is being worked on fast for that. Aditya Chopra has given a green signal to make the first web series.

The budget of the web series of four heroes was said to be around one hundred crores. KK Menon, Madhavan, and Divyendu have been working on OTT platforms and have successful web series in their names. KK Menon was recently seen in Special Ops 1.5.