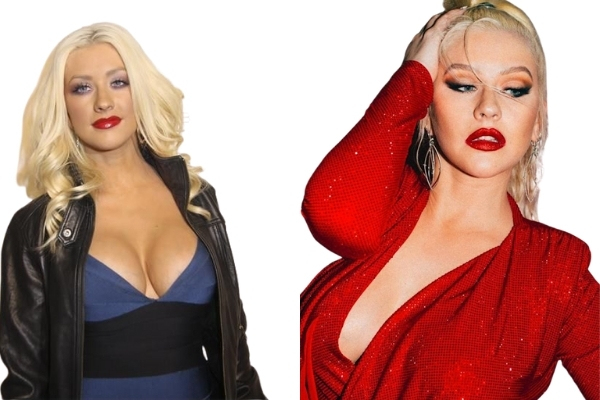 Christina Aguilera (often referred as Xtina by her fans) one of the most famous singers of English music was born in Staten Island, New York on December 18, 1980. Recently Christina is news for her Grammy performance and due to Britney Spears accusing her of remaining silent for 13 years despite knowing the matter.

In this post, we will discuss Christina Aguilera young, parents, music, husband, children, net worth, and her plans for 2022.

Haunted heart by Christina Aguilera released in 2019 via RCA Records proved as another chartbuster for her. The Grammy Award-winning singer will be the first person to receive the Music Icon Award at the People’s Choice Awards in 2021.

She is the daughter of Ecuadorian Fausto Xavier Aguilera and Irish Shelly Loraine Fidler, both of whom served in the youth symphony orchestra in Europe.

Her parents divorced when she was a child. She has lived in New Jersey, Texas, New York, and Japan. She and her mother alleged that her father was abusive both mentally and physically.

When her parents divorced when she was six years old, she moved into her grandmother’s house in Pittsburgh, Rochester, New York, with her younger sister Rachel and her mother (who later remarried). In 2012, Aguilera reconciled with her father after many years of estrangement.

Whitney Houston, the iconic late singer, is an influence to a slew of established singles as well as emerging artists, like Christina Aguilera, who idolized the former from the start of her singing career.

She was invited to audition for the Disney animated film Mulan in early 1998, and she recorded the song Reflection.

In her first album, she is depicted as a sparkling girl who dances to the first melody of the song Genie in a Bottle. Travon Potts produced her single Blessed. The self-titled album debuted at number one on the Billboard 200, selling nearly a quarter-million copies in its first week.

Sheryl Crow and Diana Ross joined her on her Japan tour. She also performed for US President Bill Clinton during the televised space Christmas in Washington.

She won the Grammy Award for Best New Artist on February 24, 2000. Stripped, which she released in 2002 and sold over ten million copies of, was followed by Back to Basics.

Her first compilation album, Keeps Gettin’ Better: A Decade of Hits, was released in 2008.

Bionic, her fourth studio album, was released in June 2010. Burlesque, in which she co-starred with Cher, was released the same year.

She appeared as a judge on The Voice alongside singers such as Adam Levine, with whom she collaborated on the single Moves Like Jagger, and Cee Lo Green and Blake Shelton, with whom she recorded the studio album Lotus in 2012.

On October 21, 2021, Aguilera released Pa Mis Muchachas as a single with Becky G, Nicki Nicole, and Nathy Peluso in anticipation of her second Spanish album. On November 19, the same year, she performed Somos Nada, which was also included on this album, at the 22nd Annual Latin Grammy Awards.

Among fifteen nominations and three wins, she received four Grammy Awards and a Latin Grammy Award (the first American to do so).

Did you know that