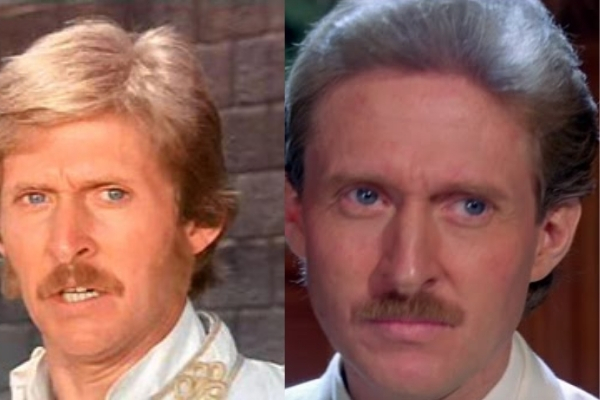 The story of Tom Alter is inspiring because, at a time when studying abroad has become a trend, in such a situation, Tom Alter left the streets of America University and returned to India to illuminate the name of India. The biggest thing for any artist is to put it in his / her acting, and it becomes more important for any theater artist to spend more and more time on stage.

In his last days, he had stage-4 cancer, but he kept moving forward with the pain of that terrible disease in his chest. It was heard in his last few projects that he did not even tell that he had cancer. When the news of his death came to light on 29 September 2017, the industry was shocked. His close and everyone’s eyes became moist. Despite being of American origin in his life, the heart-loving countryman Tom Alter got more love in India than I did not get in America.

For his dedication to his art, he was given a special liking to Bollywood due to his strong grip on Hindi and Urdu Juban. Tom never missed a performance. He was rich in versatility, made a distinct identity in Bollywood as an all-rounder.

Alter was born on 22 June 1950 in Mussoorie. His grandparents came to India about a century ago, in 1916. His childhood was spent in North India, and he also strengthened his grip on Hindi and Urdu. At the age of 18, Tom Alter went to the United States for higher education and studied at Yale for 1 year, although he did not like the rigor of studying at Yale. That is why he returned after 1 year. He also worked as a guest teacher at St. Thomas School Haryana when he was 19 years old. He worked there for 6 months, as well as training his students in cricket.

Over the next two and a half years, Alter did many things. He got his first break in Devanand’s film Sahab Bahadur directed by Chetan Anand, although Ramanand Sagar’s Charas was the first release. After this, Ram Bharosa played a role in bringing us up, not less than anyone. In the film Amar Akbar Anthony, he dubbed for actor “Jeevan” for 2 innocent people from two villages played by Jeevan.

In Sardar, a biography of the 1993 film of Indian leader Sardar Patel that focused on India’s Partition and Independence events, Tom Alter portrayed Lord Mountbatten. She is remembered in Bollywood for her travel memorabilia, especially for films like Shatranj Ke Khiladi, Kranti, Parinda. In 1994, his role as Don Keshav Kalsi was also appreciated. In Bollywood, whether he is Dr. Dang’s left hand or Veer-Zaara’s doctor, Alter lived every color. Be it Raj Kapoor’s Ram Teri Ganga Maili or the Aashiqui of the 1990s or the Lok Nayak of 2004., Alter won the hearts of the people in every role.

The TV series, which made its own place in the 90s, was also seen doing it in the language handle. However, experts also say that Alter did not get roles according to the stature of acting, but it is equally true that theaters will remain immortal for the region. Together with his old men Benjamin Gilani and Naseeruddin Shah, he gave a new dimension to the theater.

Characters like Mirza Ghalib and Sahir Ludhianvi were also portrayed on the screen by Tom Alter. Bahadur Shah Zafar, Nehru, Maulana Azad, and Gandhi, in the last, all of them were killed by the Altar.

His further interest in films grew when he first saw the adoration of Rajesh Khanna and Sharmila Tagore. Such a fever of acting came upon him that he was determined that he would definitely leave his mark whether it was theater or film.

Children also remember Tom Alter for the role of Shaktimaan’s mentor or Captain Vyom. Very few people will know that Tom Alter had also taken the first interview of Sachin Tendulkar. He also put his hand in the commentary.

His elder sister, Martha Chan, has a Ph.D. in South Asian Studies from the University of Pennsylvania. His brother John is a poet and a teacher. Tom married Carol Evans in 1977 and has a son Jamie and a daughter Afshaan. The death of such a talented person occurred on 29 September 2017.

Other Language Movies of Tom Alter

Apart from Hindi, Tom Altar also worked in several different language films such as Gajamukta which was a Bengali film and Tom worked with Suchitra Sen’s daughter Moon Moon Sen and for the first time in this film Riya Sen who was Moon Moon Sen’s younger daughter, she also worked as a child artist.