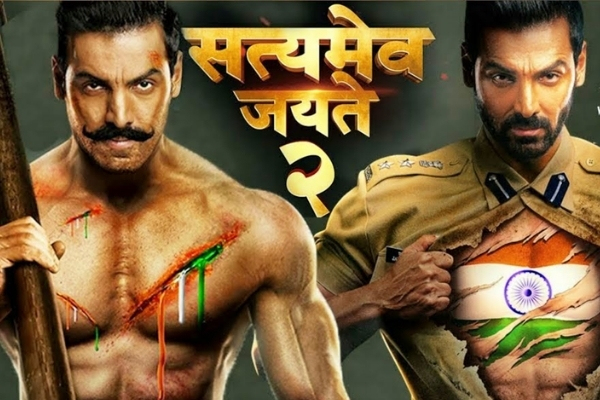 The story of ‘Satyamev Jayate,’ which was released in 2018, was built on corruption and a desire for power. In such a case, the same topic became required for ‘Satyamev Jayate 2’ as well. Milap Zaveri, the writer-director, and his team have gone to great lengths to preserve and maintain this subject.

‘Satyamev Jayate 2’ has been woven like an 80s mass cinema. You are not surprised to see on film that John Abraham’s character has transformed into an honest guy determined to punish those responsible for the deaths of innocent people. You will not be surprised to learn that the only person who can impose the death penalty on the guilty is the truth. Jai was recently brought in to conduct an honest investigation and seek justice.

Milap Zaveri makes no apologies for declaring that his film is a homage to 1980s flicks. This is perfectly reflected in the film’s conversations and storyline. For example, Satya contacts the ACP and declares that he would punish the perpetrators regardless of the consequences.

Or the scenario in Jai’s entry, or Dadasaheb Azad (again, John Abraham) as a farmer ploughing the field with one hand dressed in white clothes and both brothers dressed in saffron and green clothes. There is also a sequence in the film immediately before the finale in which both brothers fight.

Overall, no stone has been left unturned in providing the masala in accordance with the film’s concept.

Milap Zaveri attempted to address a wide range of themes in the film. This is tainted in some way. Farmer’s suicide is a problem. There is a problem with criminality against women. There is also a discussion of the Nirbhaya case.

The Lokpal Bill. It’s a question of religious peace. There is also mention of religious tolerance. Furthermore, the writer-director has not shied away from commenting on the role of today’s media and social media.

In this tried-and-true masala old-school film, John Abraham is at ease. Whether it’s the twin boys’ or their father’s character.

Despite the fact that he was playing three roles at the same time, John Abraham handled them all with ease and composure. Even as Satya, he does not shy away from becoming the farmer’s leader, whether as Jai or as Dadasaheb, an average farmer pushing for the Lokpal Bill in the assembly.

Divya Khosla Kumar appears to be in fantastic shape. In this male-dominated film, he also plays the lead. Vidya’s personality is such, and she is correct. When she disagrees, she prefers to remain mute, although she isn’t afraid to disagree with her husband Satya and minister father (Harsh Chhaya) on matters.

Gautami Kapoor, who plays Dadasaheb’s wife and the mother of Satya and Jai in the film, looks lovely. Harsh Chhaya, Anoop Soni, Zakir Hussain, Dayashankar Pandey, and Sahil Vaid have all contributed significantly.

The film’s melodies are relaxing to the ears. Whether it’s the wedding song ‘Tenu Lehenga’ or the Karva Chauth song ‘Meri Zindagi Tu.’ Aside from that, Nora Fatehi’s chart-topping single ‘Kusu Kusu’ is included.

‘Satyamev Jayate 2’ is a high-octane action film. As an action hero, John Abraham does not disappoint. Whether it’s lifting a motorcycle by hand or splitting an SUV’s engine in half and punching it into the ground.

For action fans, the picture has a lot to offer. Although we understand that the picture is a tribute to 1980s filmmaking, witnessing three John Abrahams stop a helicopter from flying together on the screen, it surely appears that it has become a bit more.

Overall, if you enjoy masala films, this is a must-see. Three out of three people want to see John Abraham together on film. If you want to go back in time to the 1980s, watch ‘Satyamev Jayate 2’.