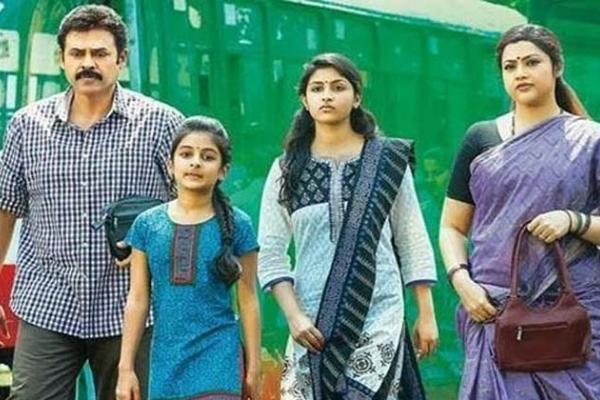 Drushyam 2 Telugu: This year has seen a slew of new films released on Amazon Prime. However, only a few have wowed netizens and earned Prime a lot of attention. Drishyam 2, the Malayalam adaptation, is one such film. The first act of Drishyam was re-enacted in theatres. Drishyam 2 shocked the OTT world when it was released in Malayalam from Prime.

The Telugu version has now followed in the footsteps of the English version. Drishyam 2 in Telugu, starring Victory Venkatesh, is now available on Amazon Prime Video (November 25). Let’s see how this film wowed the audience as it debuted as an OTT platform amid high expectations in the review.

Read- Satyamev Jayate 2 review, Cast and how to watch

What is the plot of Drishyam 2 Telugu

The ‘Drishyam 2’ film picks up where the first film left off. The film ‘Drishyam’ concludes with Rambabu (Venkatesh) burying the body of a youngster named Varun who was murdered in his residence at a police station that is still under construction. The Rambabu family, who was found not guilty in the case, are living a high life.

Rambabu, who owns a cable company, grows up to become the owner of a movie theatre. He also enters the field to collaborate on a film. Even if their lives are going well, the anxieties of Varun’s case taluk continue to plague his family. Rambabu’s wife Jyoti (Meena) and their children Anju (Kritika) and Anu (Esther Anil) are terrified whenever the cops appear. Geeta… reopens the case with the assistance of her buddy, Gautam Sahu (Sampath Raj), who is currently the IGP. The plot of ‘Drishyam 2’ explains how he appeared this time.

Rambabu was played by Venkatesh. Like the Drishyam, he carried the entire story on his shoulders. He portrayed the character far more comfortably in this sequel than he did in ‘Drishyam.’ The emotive Drishyams that appear in the second half are superbly crafted. With this film, Venkatesh has taken another step forward as an actor. Meena was excellent in the character of Rambabu’s wife Jyoti.

Although the acting is excellent, the dubbing is unsuitable. Kritika portrayed Esther Anil to the extent that she could as Rambabu’s children. Nadia and Naresh have done an excellent job as parents who have lost a son. Sampath Raj as Inspector General, Satyam Rajesh as Constable, Poorna as Rambabu Lawyer, Tanikella Bharani as the writer, and the rest of the actresses and performers performed admirably.

How is it going

This is a follow-up to Drishyam. It’s the same cast. The same backstory. The same thing happened again. Six years after the daughters murdered Kurrani, the story begins. The Malayalam version of the film has already been launched on Amazon Prime and is a huge success. However, filmmaker Jeetu Joseph exhibited this film with a new look for the Telugu audience.

The director made some small adjustments to the Telugu version in comparison to the matrix. He added some intriguing points in Telugu that were not discussed until the conclusion in Malayalam.

Although certain parts were dull at initially, When the audience learns that the police are secretly probing Varun’s case, they get enthralled.

The director piqued everyone’s curiosity in the picture with unexpected plot twists. The tale picks up speed in the second half. Rambabu’s extreme measures to safeguard his family from the case are intriguing. The audience will be captivated by Rambabu’s surprise, especially near the finale. The court Drishyams elevate the film to new heights. Overall, Jeetu Joseph’s directing talent shines through in Drishyam 2.

In terms of technicalities, Anoop Rubens’ background music has been removed. Satish Kurup’s cinematography is excellent. Every frame has been exquisitely and thrillingly suited to the Telugu Nativity. Some passages in Fastoff, in particular, require more precise editing. The production values are appropriate for the film’s level.

Here are some user reviews from the Twitter users who have watched the Drishyam 2 Telugu version.