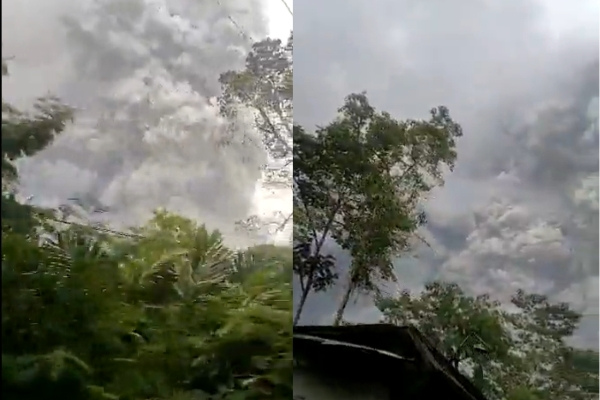 Mount Semeru, which is situated in East Java, has erupted. Since the beginning of its eruption in 1967, the volcano has produced a volcanic plume on a regular basis. This Saturday, its activity skyrocketed. He went into a frenzy of activity.

The Darwin Volcanic Ash Information Center (VAAC) has issued a warning about a volcanic ash plume that has risen to an estimated height of 12,200 meters. This ash cloud rains down on the villages below.

Several videos of the rash have been shared on social media. The island’s inhabitants can be seen fleeing there.

Mount Semeru erupted sending a wall of hot clouds barrelling down towards nearby villages. pic.twitter.com/TQL9UT29Xy

According to the BBC, Mount Semeru erupted earlier this year, spewing ash an estimated 5.6 km into the skies over Java. According to reports, villagers on Indonesia’s most populous island were on high alert, but no evacuations were carried out at the time.