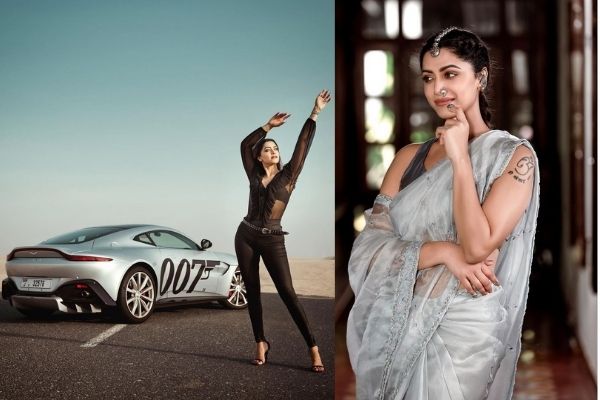 Mamta Mohandas is a South Indian actress and Playback singer who will be seen in her recently released Telugu movie Enemy opposite Vishal and Mirnalini Ravi. She was born in Manama, Bahrain, on November 14, 1985. She is well-known for her roles in South Indian films like in Telugu and Tamil movies.

In 2006, she made her film debut with “Rakhi Rakhi.” She worked in a variety of languages, including Tamil, Telugu, and Malayalam. She has also done brand promotions for different popular brands. Recently she has done a photoshoot for Aston Martin in Dubai.

Aside from movies, she has also performed as a judge and host in television series. Mamta Mohandas was also in the short film Hand Of God. She attended Indian School in Bahrain and Mount Carmel College in Bangalore for her education and college studies.