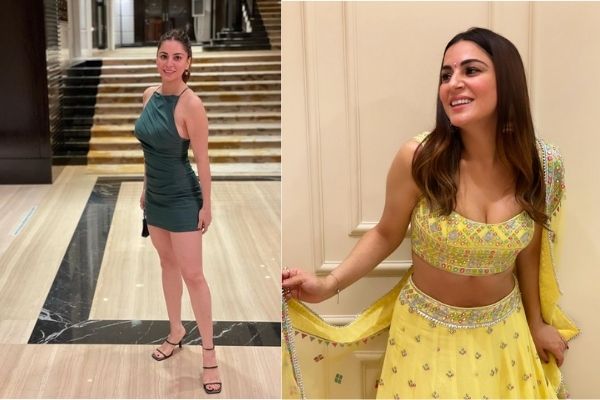 Shraddha Arya is a well-known television personality today. For the past several years, she has played Preeta in Ekta Kapoor’s popular show Kundali Bhagya.

From house to house, she became famous as a result of this show. The Delhi-born actress is now 34 years as she was born on 17th August 1987.

Shraddha Arya has many times been seen on-screen as a bride, but now fans’ favourite Preeta aka Shraddha Arya got married on 16 November 2021 to an Indian Naval officer Rahul Sharma Nagal.

Contents hide
1 Shraddha Arya Career
2 Shraddha Arya will marry on
3 Tales are getting married
4 In 2015, she became engaged to an NRI
5 In Nach Baliye, she played alongside Alam Makkar
6 Participate in these TV shows.

Shraddha Arya began her career in 2006 with the Tamil film “Kalvanin Kadhali.” Following her work in Tamil films, she went on to work in the Telugu film “Godava,” which was released in 2007.

In terms of Shraddha Arya’s Bollywood career, she has also acted with Amitabh Bachchan in the 2007 Bollywood film “Nishabd.” She has also appeared in Telugu, Kannada, and Punjabi films.

She gained the most notoriety from a Hindi TV serial called “Tumhari Pakhi,” in which she played the character of Pakhi Shekhawat. This character was well-liked by the public, and everyone praised her acting. This show ran for a year, from 2013 to 2014.

Shraddha Arya is currently a part of the upcoming Hindi TV serial “Kundali bhagya” on Zee Tv, where she plays the character of a girl named Preeta.

Shraddha Arya will marry on

According to reports, Shraddha Arya’s wedding preparations are underway in Delhi, and she will marry on November 16, 2021. Shraddha is one of those television actresses who rarely speaks about her personal life. Shraddha is active on social media, but she keeps her personal life separate from the media spotlight.

Tales are getting married

More information about Shraddha Arya’s fiance has yet to be revealed, but if reports are to be believed, the actress’s future husband is not in the acting industry. Rahul, Shraddha Arya’s fiancee, is a Navy officer. Although Shraddha’s name was never associated with any actor, Shraddha was engaged before Rahul, which was broken.

Shraddha Arya was engaged to NRI Jayant Ratti, a big businessman in Mumbai in 2015, but their relationship ended before they married. The breakdown of their engagement was attributed to a lack of rapport between the two.

Following this, Shraddha began dating Alam Singh, an entrepreneur, and lawyer by profession. This couple’s relationship was well known.

In Nach Baliye, she played alongside Alam Makkar

Shraddha Arya and Alam Makkar’s romance came to light when they both appeared on the dance reality show Nach Baliye 9 together. They were both in the early stages of their relationship when they both became a part of this dance show.

This couple’s pairing was well-liked. In front of everyone, Alam also proposed to Shraddha Arya. Their love story was cute, and people liked it, but when Nach Baliye ended, so did their relationship.

Participate in these TV shows.