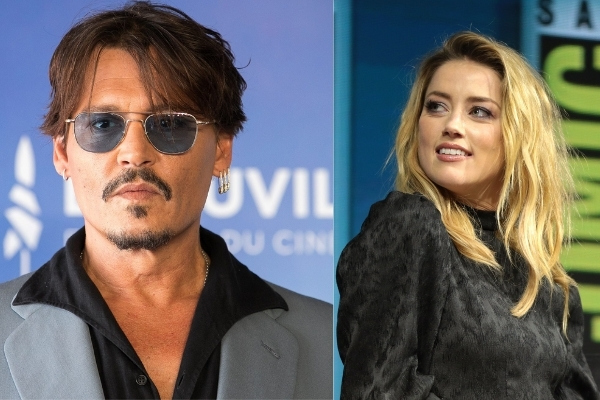 Since their official divorce in 2016, the actor couple Johnny Depp and Amber Heard has been embroiled in a protracted legal battle, and their divorce has continued to make headlines to this day.

The legal battle between Johnny Depp and Amber Heard will be the subject of an investigation for a future two-part documentary series, the goal of which will be to tell both sides of the story of the actors who have dominated the headlines of the specialized press until now. The show, titled Johnny vs Amber, will premiere on the Discovery + platform, which is owned by the media and entertainment company Discovery, Inc.

The docuseries, according to the streaming service, will tell the facts of an international media story from two “polarized perspectives.” The Hollywood Reporter’s official synopsis includes the following information: “Johnny’s film will depict how he ended up married to a Machiavellian liar who would go to any length to protect his image.”

While Amber’s film delves into how she married the man of her dreams only to have him turn into a violent monster fueled by drugs.

The story of Johnny vs. Amber will be told through events that were made public in the American press as well as testimonies from people close to Johnny Depp and Amber Heard, such as their lawyers. Furthermore, the program will have access to videos and audios recorded by the same artists in their private environment; it should be noted that they have already used a portion of these home films in their legal battle.

“The story of what happened between Johnny and Amber continues to polarize fans and the general public.” We propose making a documentary that will explore the story from each other’s perspectives, allowing the viewer to go beyond the headlines and understand who they are, as well as decide who they should believe in this complicated human story. “We believe this is a very compelling contemporary story about truth and lies, and we hope it will spark a conversation with our Discovery viewers,” said Discovery Vice President of Entertainment Charlotte Reeid of the project.

The documentary series, which is divided into two parts, does not yet have a release date, and it is unknown if the production approached the movie stars to get their versions of what happened in their complicated marriage relationship.

Marriage and divorce of Johnny Depp and Amber Heard

On the set of The Rum Diary, a film based on the book by journalist Hunter S. Thompson, a close friend of the actor, two Hollywood artists fell in love. According to a court statement later released by the actress, the relationship began in secret between late 2011 and early 2012. After two years of dating, they married in 2014.

Amber Heard divorced Johnny Depp after 15 months of marriage in 2016, and she later admitted to being a victim of domestic violence by her ex-husband. The allegations against the actor reached a climax when the British tabloid The Sun used the term “wife beater” to describe him in an opinion piece.

Since then, his reputation has plummeted to the point where he was asked to resign from the third installment of Warner Bros.’ “Fantastic Beasts” when he lost his lawsuit against the tabloid.

Heard and Depp have clashed in court over statements they made about domestic violence during their marriage. While she showed a video of the actor reacting violently, he used a recording of a phone call with the actress to show that she was intimidated and had also beaten him.

The protagonist of “Pirates of the Caribbean” recently filed a lawsuit against his ex-partner, and it appears that the case will take some time to resolve in Los Angeles, USA.