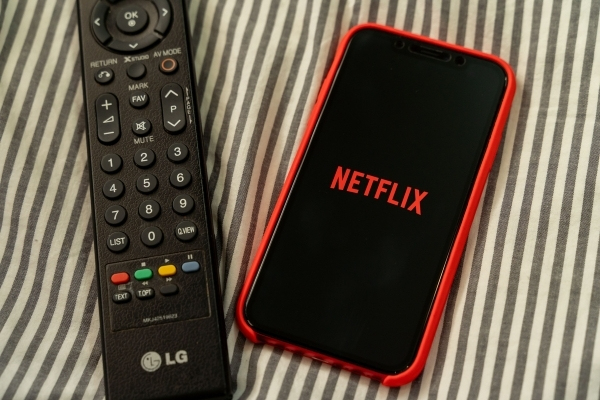 You will find many Hindi web series on Netflix, which are excellent and a treat for your eyes. You should definitely watch some of which we are going to discuss today. If you have not seen this series, then go to a monthly free plan for Netflix, which Netflix offers as a trial period and subscribe to it and watch all these series.

Some must watch Hindi web series on Netflix

In December 2012, the whole country was shaken by the Nirbhaya rape and murder case in Delhi, due to the incident there was an outrage in the whole country at that time. This series of Netflix, based on the same incident, is called Delhi Crimes.

Released in 2019, the series has 7 episodes in total. It stars Shefali Shah, Rasika Dugal, Adil Hussain, and Rajesh Telang in the lead roles. Shefali Shah is playing the role of a police officer in this series who is in charge of this case. Rajesh Telang is playing the role of a clever police officer working with her in the case. Richie Mehta, Tanuj Chopra are directors of the series.

The Series revolves around the struggle of the rape victim and how the police caught the culprits, and what difficulty they faced. This series has received an 8.5 rating on IMDb. It is one of the best Hindi web series on Netflix to date.

Emraan Hashmi, Kirti Kulhari, Soubhita Dhulipala, Rajit Kapoor, Vineet Kumar, Singh Jaideep Ahlawat’s Bard of Blood is a web series based on the life of an Indian intelligence agent who has gone on a special operation in Balochistan. This series received a 6.9 rating on IMDb. Shahrukh Khan is the producer of this series and directed by Ribhu Dasgupta.

Imran Hashmi and his team go on an intelligence mission in Baluchistan, Pakistan, to rescue the 4 Indian spies who the Taliban imprison. This web series is based on the book Bard of Blood written by Bilal Siddiqi.

Recently, many people of India must have attended such calls in which the person in front tells you that your ATM card has been blocked, and if you want to keep your ATM card operational, you will have to share some of your personal data with it. And some people also used to get into this pretense, and after that, the thugs used to withdraw all the money from their accounts.

Many people complained about this and later it was revealed from the police investigation that most of such calls come from a small area of Jharkhand called Jamtara.

This series is based on some such incidents. The series stars Amit Sial, Dibyendu Bhattacharya, Aksha Pardasany, Sparsh Shrivastava, Monika Panwar, Anshuman Pushkar, Sarfaraz Ali Mirza, Kartabya Kabra, Harshit Gupta, Aasif Khan, Ravi Sah, among others. This series is rated 7.3 stars on IMDb. The plot of the story is true, you may find this Hindi web series on Netflix quite entertaining and it will not let you down.

Leila is based on a fictional story, which shows the world in 2040 and shows that in 2040, clean air, clean water, all this necessity has become luxury now. And is available only to rich people. It stars Huma Qureshi, Siddharth, Leysha Mange, Seema Bishwas, Rahul Khanna, Sanjay Suri, Arif Zakaria, Pallavi Batra, Anupam Bhattacharya, Jagjit Sandhu, etc.

This film has been directed by Deepa Mehta who also directed films like Fire, Earth, Midnight Children.

2 seasons of Sacred Games have been released, the first season was released in 2018 and the second was in 2020. This series is rated 8.6 stars on IMDb. This one of the best Hindi web series on Netflix.

Lust Stories, which was made under the direction of 4 famous directors, were Anurag Kashyap Zoya Akhtar Dibakar Banerjee, and Karan Johar. And this series was released in 2018 on Netflix. This series’s lead roles were Radhika Apte, Bhumi Pednekar, Manisha Koirala, Kiara Advani, Akash Thosar, Jaideep Ahlawat, Sanjay Kapoor, Neha Dhupia, and Vicky Kaushal.

This web series was made by combining four short stories which are based on today’s Young Generation of India over their love life, marriage life, and nightlife. This series is rated 6.5 stars on IMDb.

Apart from these Hindi web series on Netflix, there are some other good web series you can watch like