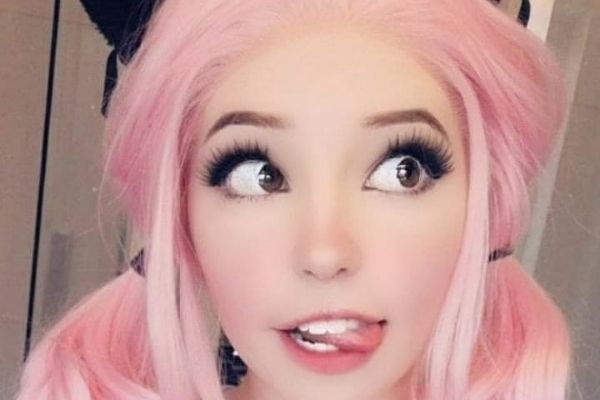 Belle Delphine is a cosplay model from the United Kingdom who went viral after selling her ‘Gamer Girl Bath Water’ online. She has since been involved in a number of scandals, which resulted in the suspension of her Instagram account. Here’s everything you need to know about the internet celebrity.

Mary-Belle Kirschner is Belle Delphine’s real name. Belle Delphine was born in Cape Town, South Africa, and spent her childhood there. Belle moved to the United Kingdom with her family when she was 12 years old.

Belle Delphine is extremely private about her dating life, but during an appearance on the Happy Hour podcast in November 2020, Belle confirmed she had a “partner.” He prefers to remain anonymous, so little is known about him, but they have been together for three years. “He was there before my name was Belle Delphine,” she explained.

Belle Delphine is currently involved. Her partner’s identity has not been revealed, but she is currently in a relationship with a mystery man named Joshua Gray, according to reports.

Belle Delphine is worth around $500,000, according to scmp.com. Yes, Belle Delphine is currently selling her own ‘Gamer Girl Bath Water’ on her website, https://belledelphine.club, along with other products such as GamerGirl Pee and GamerGirl Chewed Gum for $250. The bath water was initially reported to cost $30, but it appears that she has raised the price!

Belle Delphine’s bath water is so popular that it sold out almost immediately after it was made available for purchase online.

On his H3 podcast in October 2019, Ethan Klein discussed Belle Delphine’s disappearance from social media and speculated that she was in trouble with the police. Belle confirmed her arrest on Twitter and shared a mugshot of herself with a Metropolitan Police watermark. Belle was reportedly arrested after spray painting a girl’s car after stealing her hamster. The Metropolitan Police, however, stated that the claim could not be verified.

Following rumours that she had died, Belle Delphine appeared to vanish from the face of the earth. Belle shared a cosplay video on Instagram in February 2019 in which she danced to a suicide song while holding a gun. She did, however, leave the internet after receiving death threats and having fans show up at her house.

*shyly leans forward* so… I heard u reawy don’t like my content 👉👈 guess I better not.. *whispers slowly* sit on your face? 😖 pic.twitter.com/knNIwuADIW

Belle Delphine’s Instagram account was deleted in July 2019 for violating community guidelines. The account of Belle had been reported for nudity or pornography. @Belle.Delphine was her previous handle.

On Christmas Day 2020, Belle Delphine will release her first adult film. She appeared in the film with her partner (the identity of whom has not been revealed), and she plans to sell the used condom on her website afterwards. The obscene film will be available on Belle’s OnlyFans page.

On OnlyFans, Belle Delphine earns more than $1 million per month. Belle confirmed to The Spectator that she makes $1.2 million per month by charging her subscribers $35 to view her explicit content. On Logan Paul’s podcast, she discussed her massive earnings once more. She stated: “I believe that all of the main characters on Only Fans make roughly the same amount of money… According to what I know, and it’s currently around a mill per month.”

Im not going to change my pc setup ever again, what the fffff-
If you want a slice of this go to… https://t.co/EFVyqMvDdX

Dis is so kewl 🤯 pic.twitter.com/MXAtfb9Xa3

You may have noticed she’s someone you haven’t seen online in a while. Her last tweet was in February when she shared a link to a selection of Belle Delphine-themed PC accessories.