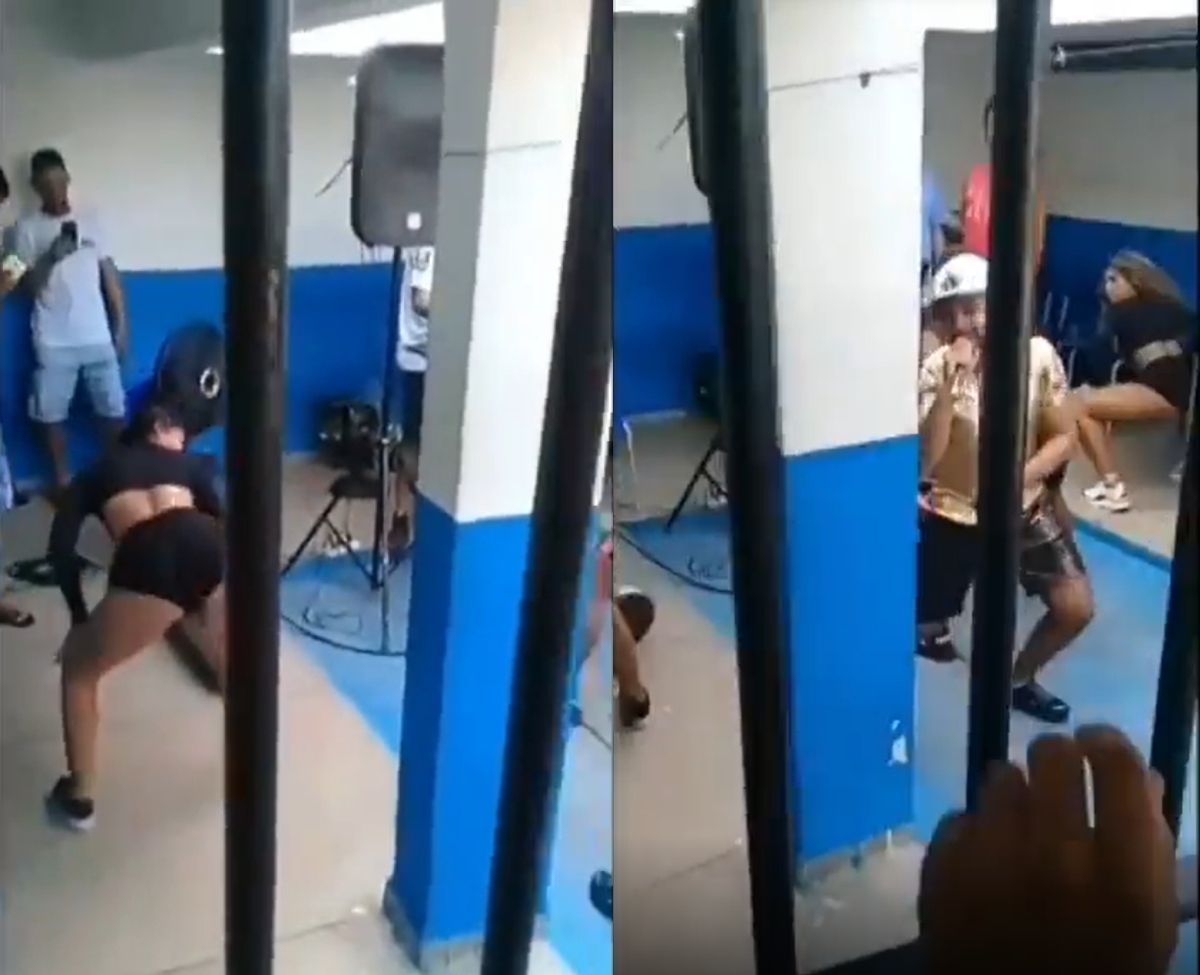 Brazilian prison officials were humiliated after a video of female dancers entertaining male prisoners inside a jail went viral on social media. The 17-second video was captured at a Christmas Eve party held at the Public Prison of Goiana in Pernambuco, Brazil. For the party, two young female dancers were hired, and they were seen dancing and twerking for the inmates, complete with music and a host MC.

The footage was shot by the prisoners themselves on their cell phones and leaked the same night, quickly going viral. An investigation was launched after video of a raunchy dance party inside the jail sparked outrage. Footage from the party was shared on Twitter by several accounts, including Carlos Jordy, a Member of the Brazilian Chamber of Deputies. “Party with MC and women rolling to the ground,” Jordy wrote in his post (translated into English). It wasn’t at a funk party, but in a jail in Pernambuco. Who made the recordings? The inmates themselves. Our prison system is a farce!”

As a result, a prison employee was fired, and the authorities reportedly transferred three of the prisoners involved to other facilities. Authorities believe the female dancers and the MC were hired by the prisoners for the party. The prison has 105 inmates, but it is unknown how many were involved in the party.

A public sector employee who was identified as having assisted the prisoners in organizing the party has been fired.