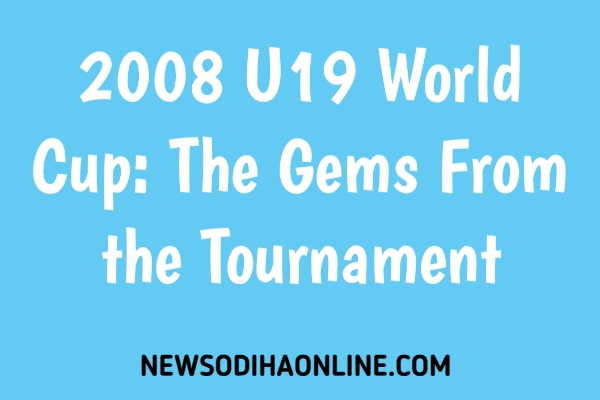 2008 U19 World Cup is one to remember as it gave so many stars to International Cricket that still signs and some of them have though faded, but it is rare in world cricket that produced so many talents. Some of them also led their country’s senior team later.

Let’s talk about the individual’s team-wise who rose to success after the 2008 U19 World Cup and represented their country’s senior team.

Also Reafd- You Can Not Compare PSL with IPL

Ravindra Jadeja also was part of the Indian U19 team, which won the World cup. He made his debut for the Indian team on 8 February 2009 v Sri Lanka where he made an unbeaten 60 runs from 77 deliveries. Since then, he is almost a consistent member of the Indian team.

Manish Pandey was also part of the world cup winning team. However, it took almost seven years for Manish Pandey to make his debut for team India. He made his debut on 14 July 2015 against Zimbabwe.

South Africa played the tournament under the captainship of Wayne Parnell and became the runners up in the tournament. He later made his debut for the South African senior team on 13 January 2009 against Australia.

Rilee Rossouw was one of the finest batsmen in the South Africa U19 team. He made his debut for the South Africa team on 21 August 2014 v Zimbabwe. He plays cricket leagues around the world.

The Pakistan team played the 2008 Under-19 World Cup under the captaincy of Imad Wasim. Imad Wasim is a left-handed all-rounder. Imad Wasim made his debut for Pakistan senior team in 2015 May against Zimbabwe.

Umar Akmal, born in 1980, was an important member of the Pakistan Under-19 Team in the 2008 world cup. He made his debut against Sri Lanka on August 9, 2000, for Pakistan Senior Team. Two of his brothers Kamran Akmal and Adnan Akmal, have also played for Pakistan. They were both wicketkeeper-batsman. Umar Akmal also does wicket-keeping at times, though he has been criticized many times for his wicket-keeping ability.

Considered one of the finest batsmen in the world today, Kane Williamson was the captain of the 2008 New Zealand Under-19 team. Due to his outstanding performance, he made his debut for the New Zealand senior team in 2010 and is currently the captain in all three formats of New Zealand cricket team.

Today, ODI’s top bowler Trent Bolt was part of the New Zealand team in the 2008 Under-19 World Cup. In view of his outstanding performance, he was made a debut in the New Zealand Senior Team in 2011.

Corey Anderson, who broke the record for Shahid Afridi’s Fastest Hundred, was also part of the 2008 New Zealand team that played the World Cup. Left-handed all-rounder Corey Anderson got a chance to make his debut for the New Zealand senior team in 2012.