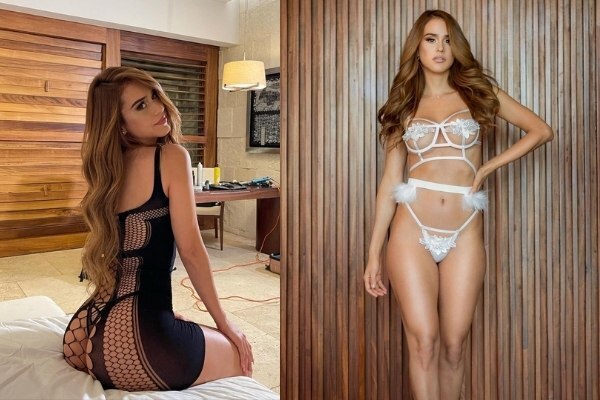 Yanet Garcia, also known on social media as “the sexiest weather girl in the world,” has amassed millions of followers on her personal Instagram, where she captivates her fans with photos of her day-to-day life, either showing her attributes worked by routines at the gym or sharing snippets of her TV shows.

In fact, she is so well-known that she has piqued the interest of several brands, who have signed deals with her as an influencer. She describes herself as a model, actress, TV host, influencer, and official Fitplan app trainer on her main network.

How did it all start? When did she become so well-known? In this article, we will go over Yanet Garcia’s history and how she became the television presenter, model, and influencer that we all know today thanks to her social media platforms.

It should be noted that some aspects of the presenter’s private life are still unknown, as she has preferred to keep certain aspects of her life private and not share them with her millions of followers in order to protect her integrity and that of others.

Yanet Cristal Garcia San Miguel, or simply Yanet Garcia, was born on November 14, 1990, and her career began in her hometown of Monterrey (Nuevo León). She had always wanted to be a part of television and show business since she was a child because she admired the sense of serving as an inspiration to many people and demonstrating that anything is possible with hard work.

In 2013, she auditioned for Nuestra Belleza Nuevo León, the predecessor to the national Nuestra Belleza México competition, but she was unsuccessful. In 2015, she became known as the “Weather Girl” after taking over the meteorological service section of Televisa’s “Gente Regia” program.

Yanet Garcia’s videos began to be shared on social media as a result of this exhibition, and her popularity grew exponentially. She was not only talented, but she also had an amazing body. For many fans, she was the ideal woman, and they were eager to share any publication in which she appeared.

Yanet Garcia decided to change her life more than 8 years ago when she began eating a healthier diet, followed by a series of exercises and frequent visits to the gym.

This was demonstrated in a publication at a time when he had only 7 million followers. She is now also listed as a professional fitness “coach” in the official Fitplan app.

Yanet Garcia’s love life is well-known for what happened to professional Call of Duty gamer Douglas ‘FaZe Censor’ Martin. Although they had a passionate relationship and shared many interests, such as going to the gym, the relationship did not end on good terms for either of them.

In short, he believed Yanet was taking up too much of his time and desired to devote himself entirely to the competitive game of his favorite video game. Furthermore, the constant travel of both prevented them from fulfilling one dream without neglecting their work of the other, so she decided to end the relationship in July 2018.

From then on, various celebrities claimed that they would try to conquer the world’s sexiest weather girl, but none were successful. Yanet Garcia then confirmed her new relationship with Lewis Howes, an American television presenter who is also a writer and businessman.

However, Yanet Garcia and Lewis Howes ended their almost two-year romance in the middle of 2021 due to alleged adultery with Martha Higareda.