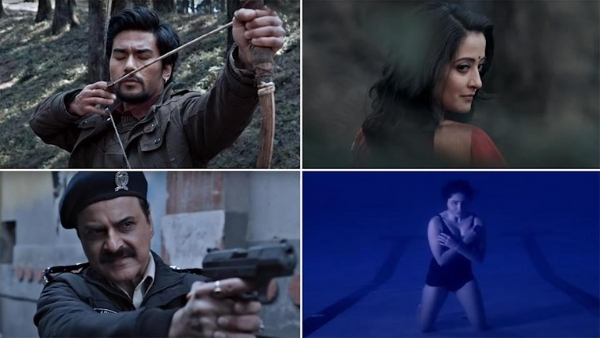 Star Cast of The Last Hour

The web series is directed, written and created by Amit Kumar and produced by Amit Kumar and Anupama Minz. Oscar-winning filmmaker Asif Kapadia who made the award-winning documentary movie Senna, Amy & Diego Maradona making his debut in Indian Web Series with The Last Hour.

Sanjay Kapoor was last in The Gone Game web series that premiered on Voot in 2020. Raima Sen was last in any web series in 2018 in ZEE5 original Mehmaan.

A post shared by amazon prime video IN (@primevideoin)

Shahana Goswami started her career as a theatre artist and got her first break in Yun Hota To Kaise Hota, directed by ace actor Naseeruddin Shah and Paresh Rawal, Irrfan khan and Boman Irani in lead roles.

Dev, played by Karma Takapa, has the ability to see and communicate with the spirits of the deceased. He believes it is a blessing from God that allows him to assist the dead.

Arup, played by Sanjay Kapoor, is a tough cop, uses Dev’s “hidden talent” to solve the mystery of five murders in a small Himalayan city. He enlists Dev’s help as a local informant. However, there’s something fishy about Arun’s character. By the end of the teaser, you get the impression that there’s more to the story than shown in this short trailer.

Dev is torn between duty and love as he falls in love with Pari, Arup’s college-bound daughter. To know the full story we have to wait till May 14th.

Karma Takapa, who himself is a director and alumni of Film and Television Institute of India, Pune, is excited about the project. And he believes the audience will love the gripping story of the web series.