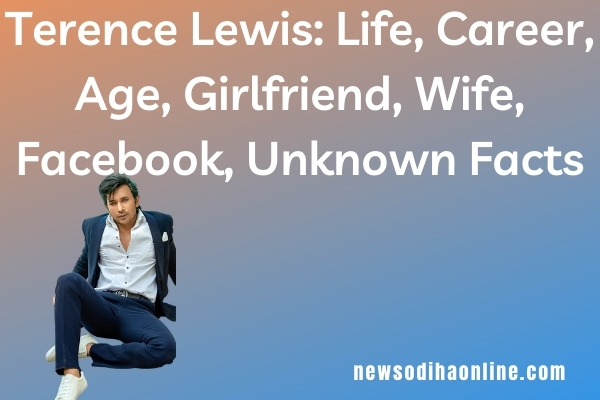 Terence Lewis, born on 10th April 1975, is a famous contemporary dancer and choreographer from India. Terence Lewis was also named the Star Parivaar Award winner for Favorite Judge. He also choreographed the first stage production of Disney India, Beauty and the Beast. He has also judged many dance reality shows and choreographed for many Bollywood movies. Let’s find out more about Terence Lewis’s age, career, family life, girlfriend, and wife.

Terence Lewis was born on 10th April 1975 in Mumbai to a lower-middle-class Christian family with 7 children. Terence has 7 siblings, and he is the youngest among them. So his parents had 8 children including Terence. His childhood was spent in Pathan chawl (a 220 square foot house) in Irla (Vile Parle), Mumbai. His father, Xavier Lewis was from Mangalore while his mother Teresa Lewis was from Mumbai.

His father always wanted to shift back to Mangalore, but his mother wanted to live in Mumbai as she believed her children would get better facilities in Mumbai. Terence lived in the house up to 2009 and shifted to his new rented house in Santa Cruz after getting into the Dance India Dance season 1.

He did his schooling (up to 10th) from St. Theresa’s Boys High School Mumbai, and after that, he studied 11th and 12th from St. Xavier College Mumbai. He was a bright student from childhood, but as his parents were not that well-off and educating 8 children was not that easy, his father asked him to bear his educational expenses after he got 15 years old. He is trained in jazz, ballet, and contemporary dance at the Alvin Ailey American Dance Theater and the Martha Graham Center of Contemporary Dance in New York.

He has done graduation from Psychology and sociology. He has also done a diploma in hotel management. He was fond of dancing and singing since childhood and wanted to become a Bollywood actor when he grew up.

To support his education, he started giving dance tuitions to children at their homes. And after the end of his education, he opened his own dance institute thinking that he would get a lot of students, but he failed miserably in this and soon he had to close the institute.

He then shifted to fitness, and after six months, he appeared for the fitness trainer exam, which he cleared successfully. He started to work as an aerobics trainer for very famous personalities in Mumbai and especially females. He met Reena Dutta Khan (Aamir Khan’s 1st and then-wife) as she was also in Terence Aerobics class.

The movie Lagaan was in the making then, and Reena was the executive producer of the movie. Reena approached Terence for the Viennese Ball dance choreography as the movie was set in the 19th Century. He was one of the choreographers along with Vaibhabi Merchant and Saroj Khan.

His second movie as a choreographer was Jhankar Beats and then he got a chance to train Antara Mali for the movie Naach.

He made his television career as a judge of Dance India Dance in 2009. Then he also judged its second and third seasons. In 2010, he also appeared in Khatron Ke Khiladi 3 aired on Color TV as a contestant.

Terence does not believe in marriage, and he says that if he loves someone, it is not necessary to tie the knot. And if two people do not love each other, they do not feel right to be forcibly tied to each other because of the bond of marriage. That’s why he has decided that he will never get married in life.

Many people keep asking Terence Lewis for wedding pictures but he is not married so there is no picture and there is little chance of it also.

So finally I’ve got 4 Guinness World Records! Wondering what’s next ? Any ideas what recurs I Shd create or break? https://t.co/TAEOXB8BLA

Terence Lewis was criticised in 2020 for improperly groping Nora Fatehi on the sets of India’s Best Dancer.

He became a victim of social media mocking after his altered video showing him illegally groping Nora Fatehi went viral. The choreographer was seen improperly groping the actress-dancer on her butts in the footage. Terence kept silent while Nora Fatehi and Geeta Kapur came out earlier. The choreographer, on the other hand, finally broke the quiet surrounding the controversy and spoke about the entire saga. He stated that he has the utmost regard for Nora and is not so perverted as to stoop to such actions.