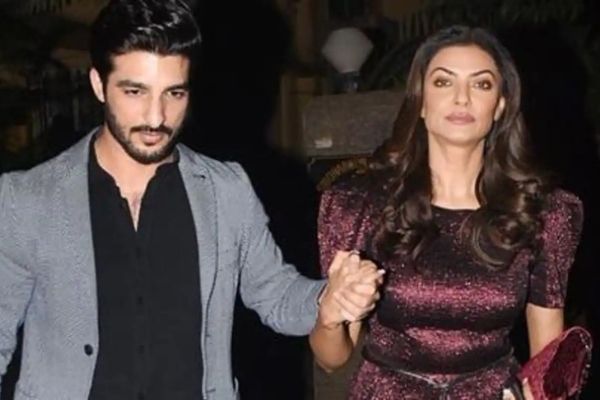 The personal life of Bollywood actress Sushmita Sen has long been a source of speculation. According to an ETimes story, Sushmita and her partner Rohman Shawl are no longer together. The couple, according to reports, has called it quits. According to the report, Rohman has left the actress’ residence. He looks to be staying at the home of a buddy. Sushmita and Rohman haven’t confirmed anything yet, but rumour has it that things aren’t going well in their paradise.

Sushmita Sen had written a post about relationships and walking away from them earlier in February, fueling speculation about their breakup. The couple, on the other hand, put an end to the rumours by making an appearance in the city together.

For those who are unaware, Rohman was the one who first DM’d her on Instagram. She responded to him after inadvertently opening his email. After receiving a message from Sushmita, Rohman responded, ‘I am jumping from one room to another.’

Rohman urged her to play football with him, but she rejected and instead requested coffee. After getting to know each other, they met in person and began dating. They’ve been making public appearances together and capturing hearts on social media with their PDA ever then.

In an interview with the Times of India, Rohman previously discussed his relationship with Sushmita Sen and her daughters. He also mentioned marriage to the actress. “Sushmita, her girls (Renee and Alisah), and I are already a family,” he stated. I am sometimes a father figure to the kids, sometimes a friend to them, and sometimes we quarrel. We live like a normal family, which we appreciate.”

“As a result, we don’t ponder things like ‘Aap shaadi kab kar rahe ho.’ When it comes to marriage, we will not keep it a secret. For the time being, we are enjoying the success of her online series (Aarya). “Aage sochenge, kya hota hai?”