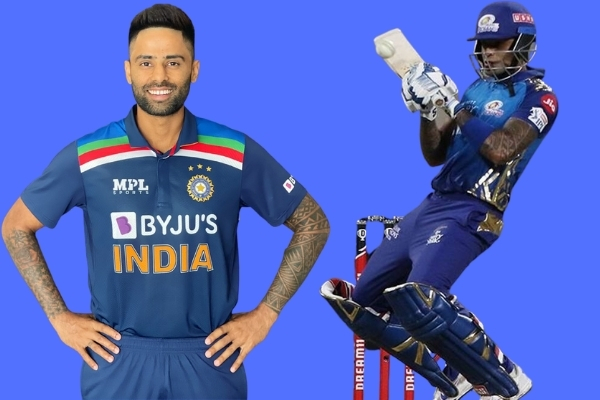 The day of Saturday 21 February 2021 brought great news for Surya Kumar Yadav, which he had been waiting for for many years. Team India was announced on Saturday, and the Mumbai batsman got a place in the team.

Suryakumar Yadav, who has been performing consistently well, was also expected to join the team that visited Australia last year (2020). All the cricketers from Sachin Tendulkar to other prominent cricketers have raised questions about not selecting Surya Kumar Yadav in Team India.

Surya Kumar is now a permanent member of India’s white-ball cricket and is even included in the Test squad for England tour and the New Zealand tour to India. though he is yet to make a debut in a white jersey.

Suryakumar Yadav, popularly known as Surya among friends and family, has been playing first-class cricket for almost 15 years. Still, at the age of 30, he has made history by being selected in Team India for the first time.

The early life of Suryakumar Yadav

Shiv Kumar Yadav’s family is a native of Varanasi. Father Ashok Yadav’s entire family still lives in Saidpur, now in Hathoda village of Ghazipur. Suryakumar Yadav was educated in Mumbai only due to Ashok Kumar Yadav’s job in Mumbai. His mother’s name is Swapna Yadav.

Surya Kumar Yadav’s father, Ashok Yadav, is an engineer at the Bhabha Atomic Research Center in Mumbai. His grandfather Vikrama Singh Yadav was an Inspector in CRPF and was also honoured with President’s Police Medal in 1991.

Surya Kumar Yadav did his early education at the Atomic Energy Central School in Mumbai. He did his B.Com from Pillai College of Arts, Commerce and Science, Mumbai.

Surya used to play badminton initially, for school and state. But he chose the earlier between cricket and badminton because cricket used to let him spend more time with his friends.

In the early days of Surya, his coach was his uncle Vinod Yadav. Later he took training from Chandrakant Pandit and HS Kamat.

Devi got married to his friend and dance coach Devisha Shetty in 2016. In 2012, Yadav first met his wife at R A Poddar College of Commerce and Economics in Mumbai. Surya Kumar was very impressed with Yadav’s batting when Surya Kumar was impressed by Devisha’s dance. Originally Suryakumar Yadav, a North Indian, and Devisha Shetty, a South Indian, fell in love in Mumbai.

Apart from his father Ashok Kumar Yadav and mother Sapna Yadav he has a sister also named Dinal Yadav.

Career at a Glimpse

The next year, in 2011, the flamboyant right-handed batsman scored the highest scorer of that season, scoring a double century against Orissa (Odisha).

He scored 200 from 232 deliveries with 28 fours and a six. Odisha medium-pace bowler Basant Mohanty finally bowled him. Mumbai declared at 529/8 in their first innings.

In reply, Odisha could just manage 93 innings in their first innings and 226 runs in their second innings. Mumbai won the match by an inning and 210 runs. Surya Kumar Yadav was named as the man of the match for his brilliant double ton.

Surya was Mumbai’s highest run-scorer for the Ranji Trophy season 2011-12.

In 2012, he got an opportunity to play in the IPL for Mumbai Indians following his brilliant performance in the domestic circle. But he did not get many opportunities that year.

He was also a part of Mumbai Indians in 2013, but his game came to the fore in 2014 when he played for Kolkata Knight Riders. After that, he went on to perform well every year in the IPL. He played many match-winning innings for KKR in the top and middle order.

Then later, Mumbai Indians repurchased him and this time with more money and opportunity.

Surya Kumar Yadav’s position in the highest-scoring (Total runs scored by a batsman) batsman list in IPL is at number 37. Surya Kumar Yadav has scored 2024 runs, playing 86 innings in 101 IPL matches. His highest score is 79 and his average is 30.2.

Surya Kumar Yadav was part of Team India in ODIs, and the T20 series played between India and England. He played three T20 matches while he did not get the opportunity to play in ODIs. He also scored a half-century in the three T20s played. Surya Kumar Yadav was seventh in the highest scorer in the IPL in 2020 with 480 runs.

He had four half-centuries in IPL 2020, hitting 61 fours and 11 sixes. Suryakumar Yadav is also a very good athlete and also contributes to the team with his fielding.

Once former New Zealand all-rounder Scott Styris said that if Suryakumar Yadav is willing to play international cricket then he can come to New Zealand and he will be given this opportunity by New Zealand.

Surya used to bowl right-arm off-spin in the first and has 24 wickets to his name in first-class cricket. He stopped bowling in 2014 after his action was reported. Later Surya started bowling medium-pace in the nets, though he is yet to bowl in an International match.

Suryakumar Yadav is quite active on social media and keeps sharing his personal moments on different platforms.

Surya’s jersey number is 63 and in an interview, he stated that he carries only 3 bats to the ground so that he does not get confused regarding bats.

Surya owns a flat in Anushakti Nagar in Chembur, Mumbai where he stays with his family. Mumbai Indians retained Surya for IPL 2022 for 8 crores.

Surya loves pets and especially his french bulldog Pablo. During the 2020 lockdown, his dog was seriously ill and Surya approached Aditya Thackrey for help.