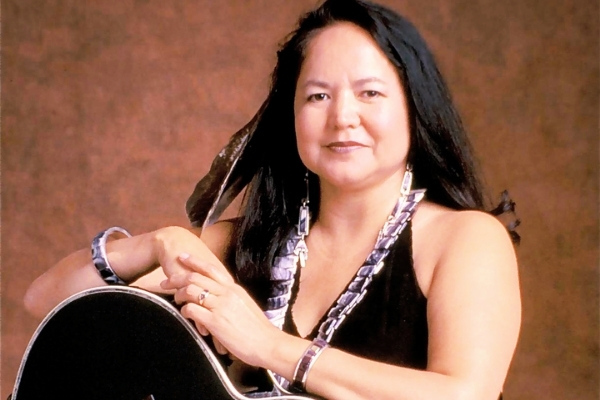 Joanne Shenandoah, a prominent Native American singer-songwriter who sang in front of world dignitaries and on major venues, has died. She was 63 years old.

Joanne Shenandoah, a Native American singer, composer, and acoustic guitarist from the United States was born in 1958. She was a member of the Oneida Indian Nation’s Wolf clan, which was situated in New York. The Oneida are a Haudenosaunee tribe (Iroquois Confederacy). Her music combines traditional tunes and melodies with a variety of instrumentation.

Shenandoah has released over 15 albums and has received various honours, including an Honorary Doctorate of Music from Syracuse University in 2002. She won a Grammy for her contribution to the album Sacred Ground: A Tribute to Mother Earth (2005), which featured tracks from a variety of artists.

Shenandoah was the daughter of the late Clifford Shenandoah, an Onondaga Nation leader, and Maisie Shenandoah, Wolf Clan Mother of the Oneida Indian Nation in New York. Wanda, Vicky, Diane (her twin), and Danielle are her four sisters, while Jerry is her brother. Because the Oneida had a matrilineal kinship system, the siblings were all born into their mother’s Wolf clan. The maternal line is where descent and inheritance occur.

She was a direct descendant of Skenandoa, also known as John Shenandoah, an Oneida “pine tree chief,” through her father’s line.

Joanne Shenandoah was raised on the Oneida Reservation in Oneida, New York. She learnt many traditional melodies and music styles, and she plays a variety of instruments, including the piano, guitar, and flute. She has composed music and developed her own style, fusing traditional and modern approaches and instrumentation.