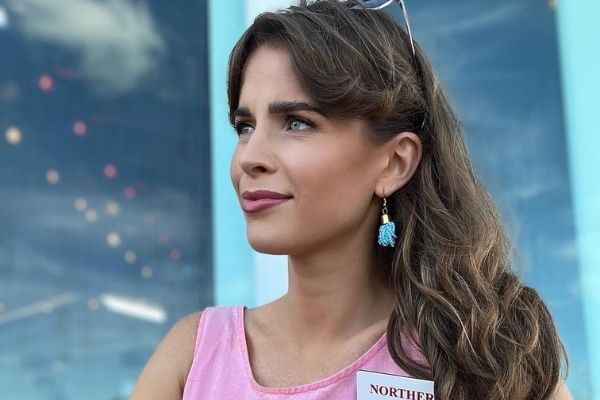 The primary school teacher Anna Leitch, who is originally from Cookstown but now lives in Lisburn, was overjoyed to be crowned Miss North Ireland in a gala finale at the Europa Hotel in Belfast.

She moved to Lisburn because she felt she was at the age where she needed to spread her wings and become more self-sufficient, said the 27-year-old after winning the title.

And it proved to be the right decision for Anna Leitch, as she went on her first date with now-boyfriend Matt Good, who sings with the acclaimed group Shamrock Tenors and is the Musical Director at Hillsborough Parish Church, the same week she moved to the city. The couple enjoys music, and you might even catch Anna playing the violin at Hillsborough Parish on occasion.

She went to Cookstown Primary and Cookstown High School before going on to Stranmillis College to study teaching. The 27-year-old is pursuing a Masters in Leadership at Queen’s University. She is currently employed as a teacher in the school where she herself studied.

Anna’s father is Christopher, her mother is Jane, and her sister is Lydia. Anna loves her family and describes them as the biggest strength in her life apart from her boyfriend.

In 2015, she spent six months in China on a teaching placement, which she describes as one of the best experiences of her life.

Anna has worked with Aware NI, a mental health charity, for many years and has even raised funds for the organization by running 5K every day during the school summer vacation.

She is currently representing Northern Ireland at the Miss World pageant, which is being held in San Juan, Puerto Rico.