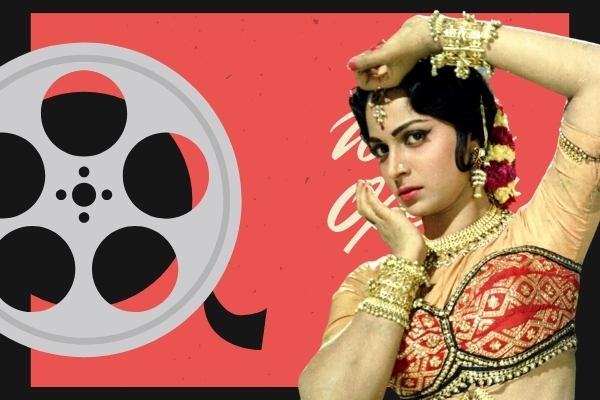 Waheeda Rehman is a veteran actress in Hindi cinema. Rehman’s career spanned over 5 decades and includes characters like second lead to main lead to even mother characters.

Waheeda Rehman is the only actress to have played the mother of both Amitabh Bachchan and Abhishek Bachchan. Today we will know how this Rehman got into films, his relationship with Guru Dutt, with whom he was engaged, and with whom he eventually got married.

Waheeda Rehman was born on 3 February 1938 in Chennai in a Dakhini Muslim family. Her father Mohammad Abdul Rahman was an IAS officer and was posted in Visakapatnam.

She started her studies at St. Joseph’s Convent school but opted out of studies due to physical weakness. She had a dream of becoming a doctor but was shattered.

She was also interested in dance and wanted to learn Bharat Natyam. Waheeda and her father approached Master Pillai but he initially refused to teach her citing that this dance form needs devotion to Lord Shiva.

But after a lot of pursuant Mr. Pillai agreed to teach her. Her father died in 1951 when she was still a teen.

After her father’s demise, her family suffered financial issues. She also had 3 elder sisters.

Waheeda Rehman started her career as a dancer in 1955 in Rojulu Maraayi and some other movies. Guru Dutt saw her movie shown to him by his South Indian distributor.

Guru Dutt was so impressed by her looks and screen appearance that he made up his mind to cast her in his next movie.

He asked her to come to Bombay and after someday her mother and Waheeda reached Guru Dutt’s office. Guru Dutt wanted her to sign the contract, but before that Guru Dutt’s assistant, Raj Khosla wanted Waheeda to have a screen name.

It was 1955 and actresses like Madhubala, Meena Kumari and Nargis were ruling the Hindi cinema world with their screen names. Even Guru Dutt also agreed to this suggestion but Waheeda Rehman was adamant that she would change her name.

This discussion went on for a long time but Waheeda Rehman remained firm on her insistence. Raj Khosla was very angry with this, but Guru Dutt handled the situation and agreed on Waheeda’s condition.

Waheeda Rehman’s mother was about to sign the contract that Waheeda Rehman again put a condition that the costume would be shown to her before the shooting and it would be OK only after her permission.

Raj Khosla was again angry on this matter, but Guru Dutt again took over the matter and accepted her condition. Raj Khosla was surprised to see that Guru Dutt, who shouts so much at others, is sitting so quietly today.

Eventually, the contract was signed and thus Waheeda Rehman became the second lead actress of CID.

After this, most of the films in the future were either done in Guru Dutt’s production house or with his best friend Devanand. After CID, both worked in films like Pyaasa, 12 Clock, Kagaz Ke Phool, Chaudavi Ka Chand, Sahib Biwi Aur Ghulam.

She has appeared with nearly all of her era’s biggest stars like Guru Dutt, Dev Anand, Dilip Kumar, etc. Amitabh Bachchan, on the other hand, is the only actor whose Waheeda became both mother and lover on screen. In the 1976 films ‘Adalat’ and ‘Kabhi Kabhi,’ Amitabh romanced Waheeda. At the same time, Waheeda played Amitabh’s mother in the films ‘Trishul’ (1978) and ‘Coolie’ (1983).

After learning of Guru and Waheeda’s affair, Geeta separated from Guru Dutt and began living in another house with her children. Following that, he made alcohol, cigarettes, and sleeping pills a big part of his life. Guru Dutt had grown lonely, and Waheeda had also abandoned him. Guru Dutt was devasted from inside by the yearning and loneliness of meeting the children.

Waheeda Rehman married Sasi Rekhi (also known by his screen name Kamaljeet) in 1974. The two met in 1964 during the film Shagun directed by Shashi Rekhi. Sashi was from a Punjabi family and started his film career in the 1950s.

Sakshi was also in the lead role in this film. Since then, Shashi started loving Waheeda Rehman in his heart, but due to his shy nature, he could never say anything to Waheeda Rehman.

Meanwhile, his career was also not going well and he left the film line and then went to Canada and after going there he started the restaurant business.

After a long time, one day Waheeda Rehman got a phone call and this phone call was made by Yash Johar.

The very next day, Yash Johar along with a friend reached Waheeda Rehman’s house to meet her. Waheeda Rehman, after seeing that person for some time, remembered that it was Sashi, her former co-artist.

By then Sashi had become quite fat. So Rehman jokingly asked that if he got married, to which Sashi said no.

Then everyone had dinner together and Shashi told about his current business and future plan. He said that he wanted to open a new restaurant and thus ended the meeting that day.

A few days later, Shashi called Waheeda and expressed his desire to meet her at a coffee shop. Although Waheeda agreed to meet, she suspected that Shashi might ask her to invest in his new restaurant.

She was determined in her mind that as soon as Shashi tells her about investment, she will say no immediately and will say that she does not have money at the moment and she has to pay a lot of income tax.

The two met at a coffee shop but contrary to Waheeda’s guess, Shashi proposed to her for marriage. But Waheeda immediately told him the mugged line that she does not have the money and she has to pay a lot of income tax. At this point, Shashi did not understand what this has to do with marriage.

After some time, when Waheeda Rehman realized that Shashi had asked her for marriage not for money, she felt a little ashamed but she said that she would think and tell.

They got married in April 1974, and after some time, the futures shifted to their Bangalore farmhouse, they have two children Sohail and Kashvi. After the death of her husband in 2000, Waheeda again came back to Mumbai.

Waheeda Rehman has started her acting career again after coming back to Mumbai.