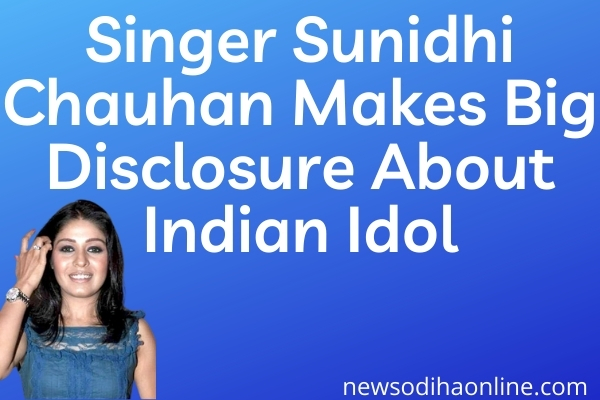 For the past few days, the singing reality TV show ‘Indian Idol 12’ has received a lot of criticism. Meanwhile, singer Sunidhi Chauhan, who was a judge on the show’s fifth and sixth seasons, made a shocking revelation about the show in a recent interview. Sunidhi has also explained why she no longer judges the show.

Also read- Why Nargis was a half Brahmin

Sunidhi Chauhan disclosure about the show

Sunidhi Chauhan claims that the producers asked her to compliment the contestants. It was not stated, however, that everyone should be praised. However, she was asked to praise. She claimed that she couldn’t do everything the producers wanted, so she had to leave the show. Sunidhi made the statement in response to the ongoing controversy surrounding an episode of ‘Indian Idol 12’.

Sunidhi went on to say, “We haven’t heard Neha Kakkar, Himesh Reshammiya, or Vishal Dadlani correct the contestants yet. They’ve gone to be judged with positive criticism. We should not forget Amit Kumar’s interview, in which he openly stated that he was instructed to praise every contestant prior to the episode.”

Singer stated, “All of this appears to be done solely to capture the attention of the TRP and the audience. It may have worked to keep the audience interested, but it has resulted in the loss of contestants. – Correct recognition reduces their desire to perform well.”

In the past, singer Amit Kumar claimed that the show’s producers had asked him to praise the contestants. He, on the other hand, did not enjoy the episode at all. Amit had actually arrived as a guest on a special episode of the show. This episode honoured his late father and great singer Kishore Kumar.

Only after this episode did Amit Kumar accused the show. Since he made the allegations, there has been an ongoing debate about the show. He even said that he had an urge of leaving the show halfway.

The episode was heavily criticized on social media by fans of Kishore Kumar for ruining his iconic songs. Sunidhi Chauhan’s revelation will now add more fire to the controversy around the show.