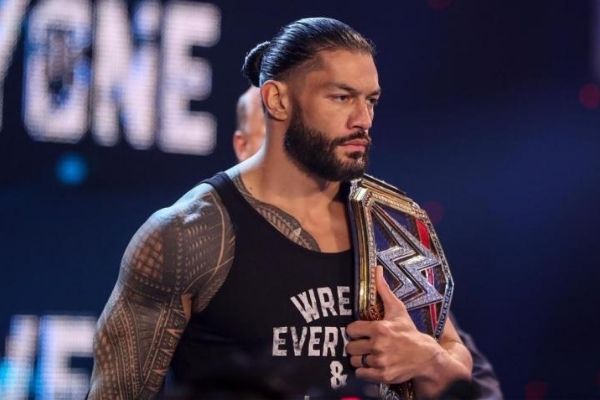 WWE Universal Champion Roman Reigns has been diagnosed with Corona. As a result, he will be unable to compete against Brock Lesnar on the first day of WWE PPV. Rance has spread positive information about himself by tweeting. People were looking forward to the match between Roman Reigns and Brock Lesnar in the new year, which has now been postponed. WWE also made a point of emphasizing the two’s rivalry.

‘I want to perform tonight to defend my Universal Championship,’ Roman Reigns tweeted. Unfortunately, I tested positive for COVID-19 today. I will be unable to participate in the competition as planned due to proper covid protocol. I’m eager to get back to work as soon as possible.

I yearn to perform tonight at #WWEDay1 to defend my Universal Championship. However, unfortunately, earlier today I tested positive for COVID-19. Due to the proper protocols I am unable to compete as originally scheduled. I look forward to returning to action as soon as possible.

Roman Reigns withdrew his name from WWE live events a few days ago due to Coronavirus concerns. The withdrawal of Roman Reigns benefited the Usos greatly. In the absence of Reigns, The Usos defeated the opponents in the Tag Team Championship match and won the championship.

Read- Anna Jay Sizzles in a Tiny Bikini in Beach

WWE is currently dealing with coronavirus issues. Many of its shows, including Monday Night RAW, have suffered as a result. Many well-known people, including Seth Rollins, Bianca Blair, and Becky Lynch, were conspicuously absent from recent episodes of the RED brand. Former WWE Champion Seth Rollins revealed in a tweet a few days ago that he tested positive for coronavirus.