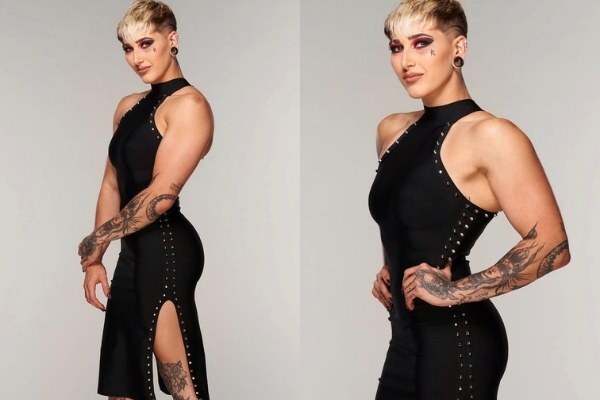 Rhea Ripley, formerly known as Demi Bennett, is an Australian wrestler currently engaged in WWE. She is currently signed to WWE’s NXT brand. She wrestled under the ring name Rhea Ripley, and she is currently the NXT Women’s Champion in her first reign.

Buddy Mathews is Rhea’s current boyfriend. Matthew Adams is a professional wrestler from Australia who is currently signed to All Elite Wrestling under the ring name Buddy Matthews.

In fact, she is the first person in WWE history to win both championships, as well as the first Australian Women’s Champion.

She previously was residing in Orlando, Florida, the USA with her ex-boyfriend Demitri Jackon who is a Puerto Rican wrestler.

Since 2019, the couple was in a relationship. In October 2019, Ripley affirmed the same. They are thought to have met in a gym.

Unlike Ripley, Jackson has yet to build a name for himself in the wrestling world. Ripley has frequently expressed her desire to assist Jackson, who is very new to professional wrestling. Jackson holds a Master’s degree in Sports and Exercise Science and is a competitive weightlifter.

Rhea used to have long hair but in 2018 when she was facing depression she decided to cut her hair short.

The wrestling career of Rhea Ripley