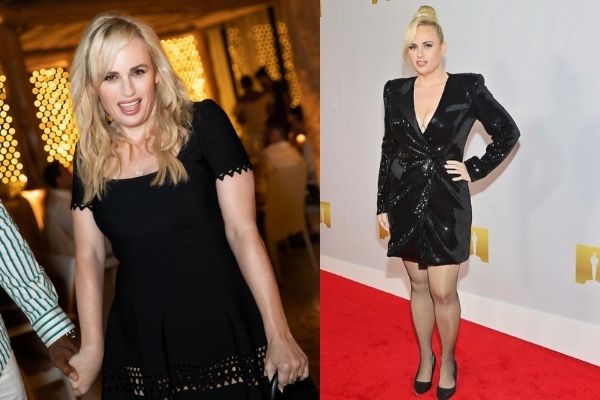 According to a media report, the ‘Pitch Perfect’ star stated she went on a few dates during the summer following her split from Busch four months after they made their relationship official.

She’s finished with her “hot girl summer” and isn’t looking for any further dates for the time being.

She stated: “I was performing a thing called ‘Hot Girl Summer,’ which I heard about in rap songs and thought, ‘This sounds fun.’ (However, it wasn’t really me.) Normally, I’m a more conservative girl.

“(I) dated a few people during the summer and had a great time. I’m currently single and looking for the ideal person to share my life with. So, we’ll see what happens. Every relationship teaches you something about yourself and what you’re looking for. I haven’t yet met my match, but here’s hoping.”

The 41-year-old also stated that she had removed her profile from dating websites because she has received “too much attention” from males she is not interested in.

She continued, saying: “I’ve had too much attention, therefore I’m no longer available. According to my friends, certain cities are better than others for meeting people. Aspen, for example, is a fantastic location. Everyone is now heading to Aspen.

“I’ll make an effort to attend a decent social gathering or anything if I think there might be interesting individuals there. But for the time being, I’m taking a break and just waiting to see if it happens naturally in real life, through buddy setups, or whatever else.”

When she does decide to re-enter the dating scene, the actress already knows who she wants to date: an NFL player.

People magazine quoted her as saying: “I mean, I’m a huge fan of NFL players. Their physicality and brutal strength? Awesome! However, based on my interactions, they are not the most devoted. That’s not a good sign.”

Read- Who is Sophia Urista, Brass Against Singer who urinated on Fan

Rebel Wilson was born and raised in Sydney, the daughter of two dog trainers. She wanted to study mathematics, but in the end, she changed her mind and enrolled in Law, then Fine Arts at the University of New South Wales.

She contracted malaria during her student years, and she claims that while she was convalescing, she saw herself accepting an Oscar.

She gave her the push she needed to get into the Australian Theater for Young People right away. She learned the trade from her there, which she continued to develop as a member of the Sidney Theater Company, where she worked as an actress, playwright, and producer.

In 2006, she saw her first weapons on TV in the series World Record Pizza, and a year later, she made her film debut in Ghost Rider.

She emigrated to the United States, where she became a popular comic in films such as My Best Friend’s Wedding, A Wedding of Death, Pain and Money, Night at the Museum: Pharaoh’s Secret, Better… single, Intelligent counting agent, Absolutely fabulous, Compulsive scammers or Cats, among others.