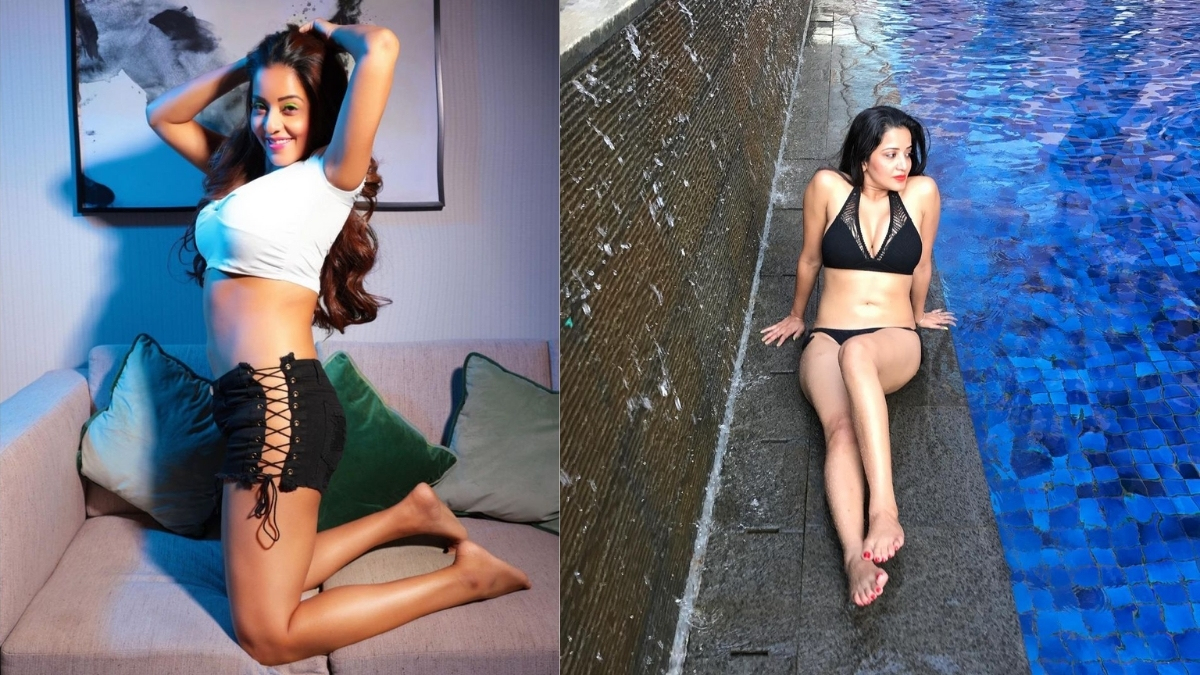 Friends, today we are going to tell you about Bhojpuri film actress Monalisa Biswas. We will discuss Monalisa Antara Biswas’s Bio, Movies, Boyfriend, Husband, and Networth.

The 5 feet 1-inch actress has made a name for herself in different film industries. Though she is now 39 years Anatara Biswas or Monalisa is no less bold than other actresses. Monalisa initially gained popularity due to her bold roles where she never got afraid to shed clothes if the script demanded.

Family and place of birth of Monalisa Antara Biswas

Antara Vishwas is also known as Monalisa. Monalisa was born on 21 October 1980 in Kolkata. Antara Monalisa Vishwas is a Bhojpuri actor. She has appeared in many films in Odia, Bengali, Bhojpuri, Kannada, Tamil ​​, and Hindi languages. Monalisa loves dancing and photography.

She also appears in Hindi daily soap Nazar and was part of Big boss house in season 10,2016. She was evicted on the 97th day. In the house, she got married to Bhojpuri film actor Vikrant Singh Rajpoot.

Read- Bhojpuri cinema actresses who are bold and beautiful

Antara Monalisa Vishwas started her early studies at Julian Day School in Kolkata. After this, she completed his studies at South Point School. After this, Monalisa took admission to Asutosh College to complete her further studies and from there she started studying BA in Sanskrit.

Monalisa started her career in the film industry in 1999 with the Odia film Jai Shri Ram. Antara Biswas aka Monalisa is a terrific dancer apart from an actress. She has appeared in many items number and shown her dancing ability.

After this, Monalisa did many films in Bhojpuri, and today she is a superhit heroine of Bhojpuri films. According to a media report, Monalisa was the highest-paid Bhojpuri actress from 2010 to 2012. She is still one of the top paid actresses in Bhojpuri cinema.

Monalisa’s first Bollywood film was Blackmail. After this, Monalisa worked in the Kannada film Jackpot, in which she was successful.

Whatever character she plays, there is beauty in that character. Monalisa also appeared in Colors’ comedy show Comedy Night Bachao. Monalisa has done item songs in many Bollywood films. Monalisa has made films in Bhojpuri, Kannada, Bengali, and Tamil languages.

In 2004, Monalisa acted in the film Tauba Tauba and the film was a super hit. She appeared in the movie alongside Payal Rohatgi.

In her early career, she used to flip between her original name Antara Biswas and Monalisa.

She is quite active on almost all social media platforms. On Instagram, she has close to 5 million followers. She posts almost regularly and sometimes with her husband Vikrant Singh Rajpoot.

Monalisa shows the different shades of her life on the social media platform from being bold to lips-sync videos.