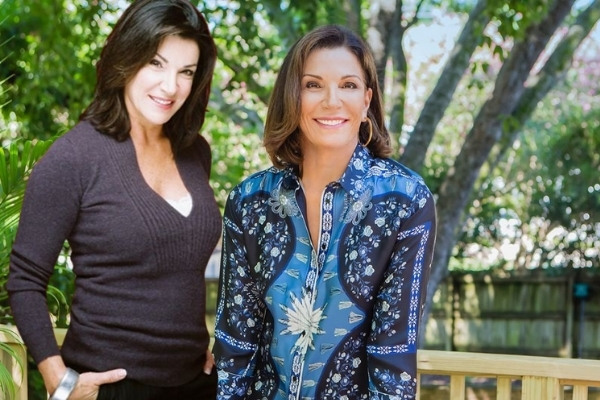 Hilary Farr is a well-known international home designer. Her talent for interior design has earned her a spot on television, where she co-hosts the Love It or List It show with David Visentin. The show debuted in 2008 on HGTV and OWN Network in the United States and Canada, respectively. It has received a lot of positive feedback since its debut.

Hilary Elizabeth Labow was born on August 31, 1951, in Toronto, Ontario, Canada. Her parents, on the other hand, raised her in London, UK. Farr was interested in a variety of things as a child, including athletics, theatre, and home design. She grew to appreciate the latter as a result of her mother’s influence, whom she observed and assisted in the design of her childhood home.

Read- Tayshia Adams, star of ‘The Bachelorette,’ has called off her engagement to Zac Clark

Farr played netball (a female basketball sport popular in the United Kingdom). She is also an excellent diver and swimmer. She began her career as an interior designer before relocating to Los Angeles and investing in and renovating properties. Later, she attended Ryerson University in Toronto and majored in interior design.

Farr worked part-time designing TV and movie sets to supplement her stellar reputation in interior design. Her involvement in television and film progressed quickly from design to acting and production. Farr has had the pleasure of working on film production with artists such as Ted Danson and producer Arthur Cohn.

Farr has also appeared in a number of stage productions. She starred in a Broadway production of Run for Your Wife, and I had the opportunity to work with the legendary Richard Gereen on the London production of Grease.

Farr expanded her market to include New York, her native Toronto, the United Kingdom, and Australia as her success in interior design and real estate grew. Her success has led to her working with celebrities such as Jennifer Hudson and American actress Jenna Elfman.

Farr returned to Toronto in 2008 and was cast in the play Love It or List It alongside David Visentin, whom she met at auditions. The show was a huge success, and it was even broadcast in Europe. Farr began appearing as a guest on other television shows as her fame with the show grew, from The Marilyn Denis Show to Steven, Chris, and ETalk. She has been a celebrity judge on HGTV’s highest-rated show, Brother vs. Brother, since 2013. She was a contributor to the Huffington Post in 2014. Farr has also appeared as a guest expert on CNN and USA Today.

Hilary was previously married to Gordon Farr before becoming famous for her HGTV show. On September 12, 1982, they were married. After the couple divorced in 2008, Hilary relocated to Toronto to audition for the HGTV show.

Hilary rarely speaks about her ex-husband since she rose to fame, so little is known about him or what may have led to their divorce from her. Gordon Farr is an Emmy-nominated television writer and producer, according to his IMDB page, and they most likely met during Hilary’s Hollywood run. Among Gordon Farr’s many credits are Keeping Up with the Joneses, Hollywood Babylon, and others. Their union resulted in the birth of a son.

Hilary has frequently expressed her love for her son, whom she refers to as MM, which translates to Mighty Mumster, by the rest of her family. She has also stated that everything her son has ever done is her proudest moment in her life.

Many people have mistakenly assumed that Farr and his co-host David Visentin are a couple because of their undeniable chemistry. They are, however, not. David Visentin has been married to a certain Krista Visentin since 2006.

If something went wrong in that marriage, the rumors would undoubtedly blame her crush on Hilary Farr. They have a lot in common, including a history of acting and many other things.

Hilary Farr’s net worth is estimated to be $7 million.