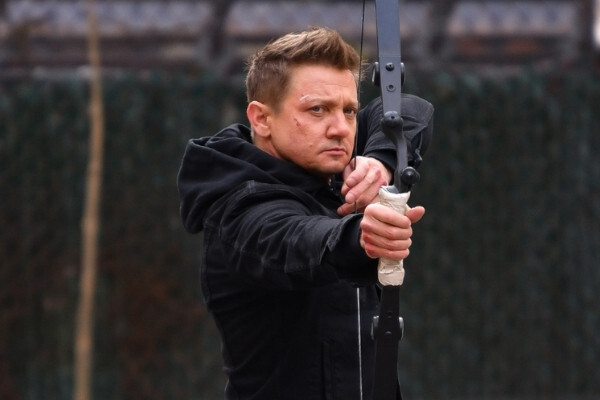 Clint Barton (Jeremy Renner) has known Marvel Cinematic Universe (MCU) fans since the beginning. He made his MCU debut in 2011 with “Thor,” before rescuing New York City from a Chitauri attack in “Marvel’s The Avengers” (2012) alongside Iron Man, Captain America, the Hulk, Thor, and Black Widow. He has always been a member of the superhero team, although he does not have any superpowers.

Despite his victories over Loki, Ultron, and Thanos, few fans will consider Hawkeye to be their favourite Avenger. One cause could be the smart and skilful archer’s absence of solo work. This should change with the release of the new Disney + series “Hawkeye” on the streaming service.

Contents hide
1 Late solo work reveals new facets of the monosyllabic superhero
2 Hawkeye is preparing the baton, but it still has some irons in the fire
3 A faithful rendition of one of the best comic books published in recent years

Hawkeye was known as the brooder, and with “Avengers: Age of Ultron,” the secret family life was exposed, which was cruelly taken away from him in “Avengers: Endgame” by Thanos’ catastrophic snapping. For five years, he planned vengeance, disguised himself as a ronin, and seized the opportunity to ultimately defeat Thanos with his comrades.

Prior to that, he had to make the most significant sacrifice of his life on Vormir. Instead of committing himself, he was forced to watch as his best friend Natasha Romanoff choose the most vulnerable victim.

With “Hawkeye,” we see Clint Barton reunited with his family in New York City. The loss is still etched on his face, but with a good face towards the awful game, we see other sides that have been overlooked in the film series thus far. Expect a quick-witted Clint, who has always been able to inspire with dry humour in the comedic template. A well-known Hawkeye handicap from the comic book is also highlighted, lending the character a new dimension in the MCU.

Hawkeye is preparing the baton, but it still has some irons in the fire

Hawkeye does not appear in his solo series fully on his own. Kate Bishop (Hailee Steinfeld) is a young woman who comes into possession of a number of objects connected to Clint Barton’s history. While Clint first believes he is merely covering up the traces of his past, his meeting with Kate becomes the crux for the new six-part series, which begins shortly before Christmas.

Clint Barton was able to discard the name Hawkeye totally thanks to Kate Bishop, who took the superhero codename in the comic book. Fans can expect buddy action in the style of famous flicks like “Lethal Weapon” and “Rush Hour” before it happens in the MCU. Clint will teach Kate a lot at first, but the young New Yorker has a few surprises in store for her counterpart. It would be interesting to see if Barton decides to go or if life still has some harsh surprises in store for him.

True Marvel fans should expect a faithful rendition of what is likely to be the most famous and popular comic book in recent history. “Hawkeye” by Matt Fraction and David Aja rocketed to the top of the best-seller rankings in 2012. The trio of Hawkeye, Kate, and Lucky, the pizza dog, impressed with their down-to-earth storylines throughout the course of 22 issues. Even the harshest critics were won over by extraordinary visual wizardry.

Matt Fraction’s involvement as a consultant producer for the Disney + series “Hawkeye” ensures that not just the original, visual language of the comics is replicated with great care. “Hawkeye” also provides character depth for one of the MCU’s most sad and underappreciated characters while maintaining a sense of humour. And perhaps Hawkeye will now be able to examine your heart in greater detail.

The first two episodes of “Hawkeye” are now available on Disney+. Every Wednesday until December 22, 2021, a new episode will be released.