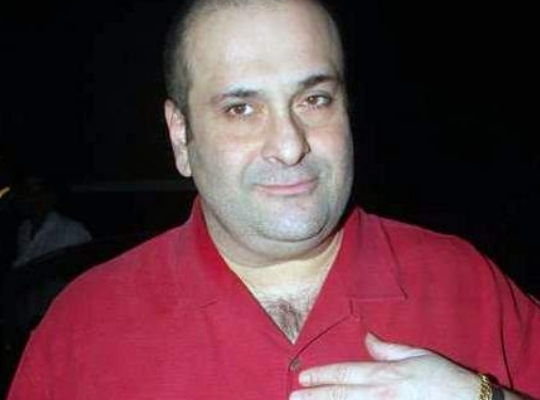 Odiha News: Rajiv Kapoor, who rose to fame overnight for his movie Ram Teri Ganga Maili, passed away on 9th February 2021 due to a heart attack. He was the third son of Late Raj Kapoor and brother of actor Randhir Kapoor and Late Rishi Kapoor.

Rajiv Kapoor’s pet name was Chimpu, which used to come to fruition with his elder brother Rishi Kapoor’s name Chintu.

Rajiv made his debut with Ek Jaan Hain Hum, directed by Rajiv Mehra. His costars were Divya Rana, his uncle Shammi Kapoor, Character artist Rakesh Bedi, Gulshan Grover, Tanuja, and Pran. The film performed average on box office. You can watch the movie on Netflix.

Rajiv Kapoor’s movie Ram Teri Ganga Maili proved to be a huge hit, and it was directed by his father, Raj Kapoor. Mandakini, who worked as the lead actress in the movie, also became a superstar overnight, although Mandakini was also never able to take her career to the height that everyone expected.

Rajiv Kapoor worked with Dilip Kumar and Rekha in a movie and the name of that movie was Aag Ka Dariya but that movie never got released.

Also read: Not so famous kids of Famous celebrities

He stayed away from the camera as much as he can after he left his acting career. In 2001 he married Aarati Sabarwal, but the marriage did not last long as it ended in 2003 with a divorce.

Apart from his own brothers and sisters, Rajiv Kapoor had many cousins both from his maternal and paternal sides. We are covering his immediate cousins.

Karan Kapoor, Kunal Kapoor, and Sanjana Kapoor from his uncle Shashi Kapoor, Aditya Raj Kapoor and Kanchan Ketan Desai from his uncle Shammi Kapoor, Jatin Sial ( The man who played the character of a bad son in Aa Ab Laut Chalen) is his cousin from her aunt Urmila Sial Kapoor.

Later this year, Rajiv will be seen again in the film called Toolsidas Junior; although this will be his last film, this film was completed only a few days before his death. He shared the screen with Sanjay Dutt, Varun Buddhadev, and Dalip Tahil in this movie. The movie is based on the snooker game. Ashutosh Gowarikar directed the movie.

Toolsidas Junior was earlier prepared to release in theaters, but now it is being launched on OTT. The film is produced by Bhushan Kumar, Krishan Kumar, and Sunita Gowariker along with Ashutosh. The film is being streamed on Netflix on April 19.

Yes, he was maaried and his wife’s name was Aarti Sabharwal. Both got married in 2001 but in two years they got divorced.

Who is Rajiv son?

He has no children.

What does Rajiv Kapoor do?

He was an actor, director, and producer.

Why did Rajiv Kapoor die?

He died due to a heart attack.

Is Kapoor a Hindu family?

Yes, he belongs to a Punjabi Hindu family.

Who will inherit Rajiv Kapoor property?

As he is a divorcee, his property and belongings will go to his brother Randhir Kapoor and sister Rima Jain as they are only blood relatives alive. Bombay HC told Rima & Randhir Kapoor to search & submit late Randhir Kapoor’s divorce papers in court.