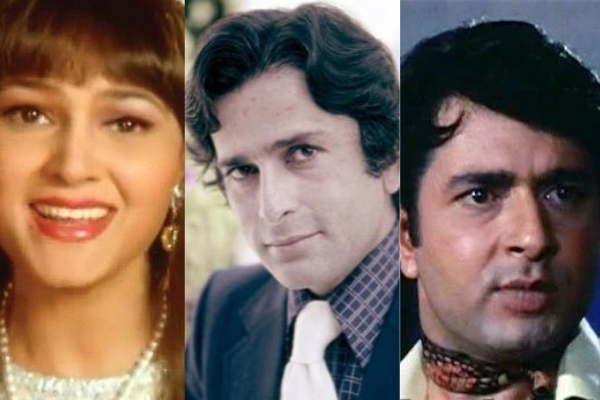 Odiha News: Many famous Bollywood personalities were born on this day of March 18, like Alisha Chinai, Shashi Kapoor, Navin Nischol, and from Politics like Prithviraj Chavan, etc. Today we are going to recap the life of 3 Famous personalities from Bollywood. Alisha Chinai was also called Queen of Indian Pop. The second is Shashi Kapoor, who was known as Handsome Hero in the 1970s and was the youngest brother of Raj Kapoor, Navin Nischol, who started his career as a hero and appeared in supporting roles. And he continued working in films till the last stage of his life.

Alisha Chinai was born on 1965 March 18, in a Hindu Gujarati family; her real name was Sujata Chinai, which she later changed to Alisha Chinai. Alisha had an interest in singing since childhood, and in the 1980s, Bappi Lahiri gave him a chance to sing in Bollywood movies, she also sang some memorable songs, and one of them was “Kateein Nahin Katti hai yeh din aur Raat” of Mr. India, which she sang with legendary singer Kishore Kumar.

Alisha also sang for several solo albums, the first of which was her magic which was released in 1985, but the album that made Alisha famous in India was Made in India, which was released in 1995, and then Alisha Became a well-known name in every household in India. The title song of that album was acted by Milind Soman, who used to be an enormous model of that time; Alisha also acted in that; after that, many of Alisha’s solo albums were hit. Alisha married her former manager Rakesh Javari in 1986, but after 8 years, in 1994, both got divorced.

Shashi Kapoor married an English actress Jennifer Chandal in 1958 and later had 3 children, including two sons and a daughter. His wife Jennifer Kapoor passed away in 1994, after which Shashi Kapoor started feeling very sad. Shashi Kapoor had a deep friendship with Amitabh Bachchan. They together gave very superhit films which included Deewar, Trishul, Namak Halal, etc.

Deewar proved to be a huge hit for Amitabh Bachchan and Shashi Kapoor. Some of the dialogues of the Deewar are still very much remembered today. In Deewar, Shashi Kapoor shared the screen with his nephew Rishi Kapoor’s wife, Neetu Singh.

Also Read- Not so famous kids of Bollywood Celebrities

Navin Nischol, the good-looking Bollywood hero of the 1970s, was born in Lahore on March 18, 1946, and his entire family moved to India at the time of Partition, and Navin Nischol did his schooling from Bangalore. Taking the advice of a friend, Navin Nischal went to learn acting at Pune-based Film and TV Institute of India and from there he won a gold medal, and he returned to Mumbai.

Navin Nischal started his acting career in the 1970 film Saavan Bhado, in the same film, famous actress Rekha also started her career. Navin Nischal has appeared in many big films since his first film, including 1971’s Parwana and it would be surprising to many that Amitabh Bachchan was working in a side role in that film and in a negative role. Johnny Gaddar released in 2007 was inspired by Navin Nischal’s Parwana Movie.

Navin Nischal worked in many hit films in his early days, such as Victoria number 203. in his second innings, Navin Nischal appeared in a supporting role in many movies. His work in the 2006 movie Khosla Ka Ghosla was highly appreciated by the audience. Navin had also worked in many famous serials, of which Dekh Bhai Dekh was a big hit and lasted for many years.

Navin Nischol was first married to Neelu Kapoor, sister of famous director Shekhar Kapur, but later both were divorced. It is said about Navin that he had an affair with one of his costars Padmini Kapila. Which his wife could not accept, and both decided to take divorce. Navin has two daughters named Natasha and Nomita. Later Navin Nischal and Padmini Kapila also separated, Navin Nischal could not bear the sorrow of being separated from his wife and girlfriend, and then he started drinking a lot.

His elder daughter Natasha Nichol is a graduate of Makeup artistry and SFX from London College of Fashion and one of the founders of the makeup company “fat mu.”

Navin married a divorcee Gitanjali in 1996, but in 2006, Gitanjali committed suicide. Gitanjali left a suicide note where he accused Navin of domestic violence, due to which Navin Nischol had to go to jail for a few days. In 2008 Navin and his brother Pravin were acquitted from the case. Navin was charged with IPC 498A and 306.

Navin Nischol died of a heart attack in 2011 when he was traveling to Pune to celebrate Holi with his friend Randhir Kapoor.