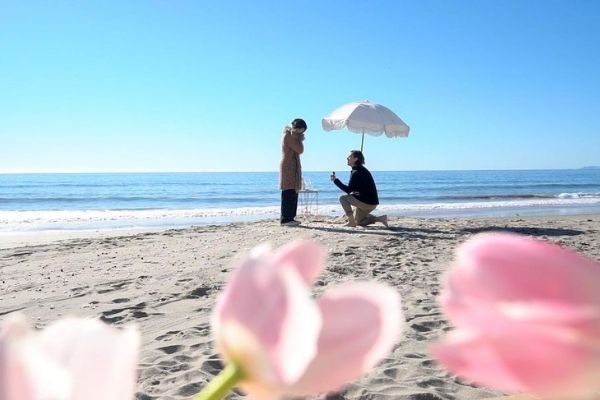 Cody Ko and Kelsey Kreppel got officially engaged and their fans are going crazy after the news was broke. Cody broke the news himself by posting engagement images with his girlfriend Kelsey. He wrote “yesterday was a beautiful perfect day. thanks for making me the happiest guy on earth”.

His girlfriend Kelsey Kreppel also posted the engagement images and wrote “i’ve never been more sure about anything. can’t wait to spend forever smiling with you.”

Cody Ko was one of the teens who rose to prominence on the now-defunct social media platform Vine. He popularized the six-second audition hashtag, and Cody later turned to YouTube and podcasting. The social media star is now in a long-term relationship with his girlfriend, Kelsey Kreppel.

Kelsey Kreppel is a well-known face among Tiny Meat Gang fans. She has appeared in Cody Ko’s videos and podcasts, where the couple for the first time refers to each other as boyfriend and girlfriend. Cody and his girlfriend Kelsey have been together for more than three years and have a cute bond.

Cody Ko mentioned Kelsey Kreppel for the first time on his show in July of 2017. He was performing his weekly podcast when he mentioned that it was Taco Tuesday and that his group of pals decided who would host the event. Cody’s time came up that week, and he had to cook for his friends.

The YouTuber then embarked on a long and winding explanation about how he wasn’t prepared. Cooking for others is not something Cody excels at, but there was an ulterior motivation behind his enthusiasm about hosting Taco Tuesday.

Cody mentioned that he was hosting because a girl he liked was going to be there and he wanted to impress her. We’ve all been there, trying to clean up and look presentable for a girl. Cody, on the other hand, needed to impress her, and as it turned out, he was able to sweep his now-girlfriend off her feet.

Cody joked about meeting her on Tinder and starting a conversation about Taco Tuesday while talking about the girl (without revealing Kelsey’s identity at the time). It was a prank, and he later explained that the pair met through mutual friends.

Cody and his girlfriend Kelsey fell in love after just one encounter in July of 2017. In August of 2017, he mentioned Kelsey (without naming her) again. Following the success of the first few dates, the newlywed couple planned to attend an Ed Sheeran performance.

Kelsey Kreppel later appeared on Cody’s podcast and indicated that she had listened to the first time he mentioned her. She thought it was cute, and a friend subsequently urged her to listen to the episode in which he mentioned they were going to a concert.

If you look through Kelsey’s YouTube channel, you won’t be able to find a video that doesn’t include Cody. This is especially true now that the COVID pandemic has made it nearly impossible to spend time with friends and large groups of people.