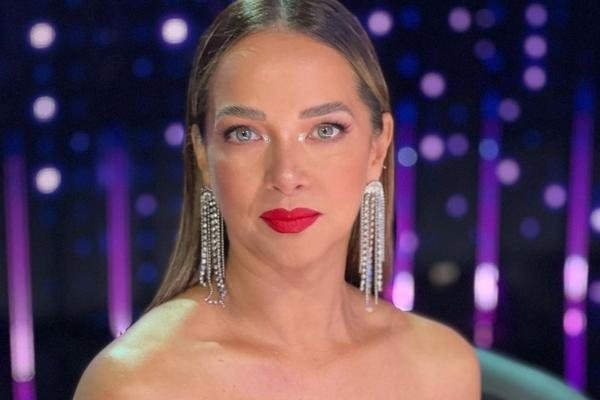 Because Adamari López was very close to one of her companions, she raised suspicions about a new romance.

The 50 years old Adamari López, now that she is single, has taken advantage of a few nights to party and have fun with her friends, as she did this weekend.

However, Adamari López’s most recent outing drew her attention even more, as she was seen with a mysterious heartthrob who did not separate from her throughout the night.

Her closeness to this man sparked rumours that the Puerto Rican had ended her relationship with Toni Costa and had reopened up to her love.

The party they both attended was held in an exclusive club in the city of Miami, Florida, United States, where she and her friend apparently also live.

Adamari López, the television host, admitted that she lived a nightmare when she was diagnosed with breast cancer in 2004 and her partner at the time, singer Luis Fonsi, requested a divorce from the Hoy da host.

In an interview, the host expressed her feelings about everything that was going on in her life at the time.

“He once told me that he did not want me as a woman, and I think that was one of the hardest moments of the whole process for me when the person you love madly tells you that he does not want you as a woman, The world falls, and it is much harder than going through the disease, for me it was like that, I was not prepared for that,” Adamari said sadly.

The driver also revealed that she needed psychological assistance to get through the difficult times she was going through, which resulted in a media scandal that had ramifications across multiple media and social networks.

Furthermore, she revealed that her family’s support was critical, as she demonstrated her support and affection at all times.

In the same interview, Adamari, Luis Fonsi’s now ex-wife, discussed how she discovered her husband’s infidelity while preparing a travel suitcase for him: “I discovered his infidelity because the brush had hairs that were neither mine nor his,” Adamari said.