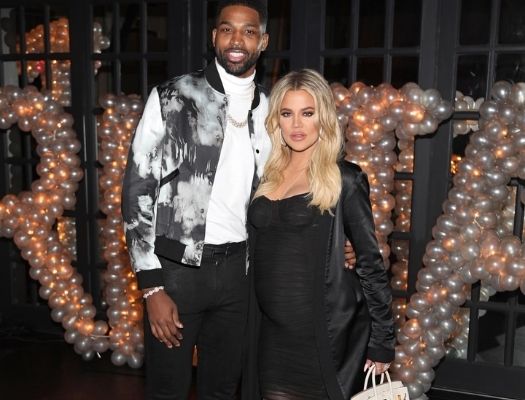 Tristan Thompson claims paternity tests show he is the father of Maralee Nichols’ child. The case was in court and he has publically apologized to Khloé Kardashian.

The NBA player posted a message on his Instagram Story on Monday, writing: “Paternity tests revealed today that I fathered a child with Maralee Nichols. I accept complete responsibility for my actions. Now that paternity has been established, I am looking forward to raising our son peacefully.”

“I sincerely apologize to everyone I’ve hurt or disappointed both publicly and privately throughout this ordeal,” he continued.

Thompson, 30, had previously contested the child’s paternity, which was born on December 1.

Thompson also addressed ex Khloé Kardashian, whom he was dating at the time Nichols said the child was conceived, in his message on Monday.

You haven’t deserved how I’ve treated you over the years. My actions have not been consistent with how I perceive you. I have the utmost regard and affection for you. Regardless of what you believe. Please accept my heartfelt apologies once more.”

Thompson previously denied having sex with Nichols in California, where the paternity case was filed, claiming that the child’s “only” possible date of conception is March 13, 2021, his birthday when he was in Texas. Nichols stated in previous court documents and in a statement last month that the child was conceived in April.

According to a source, the Keeping Up with the Kardashians alum, 37, and Thompson divorced in June. True, the couple’s 3-year-old daughter, is the couple’s only child.

Thompson claimed in court documents that he only communicated with Nichols via Snapchat, the photo messaging app that automatically deletes messages after they are read, and that his relationship with Nichols was “based solely on sex.”

“We never went on dates in the traditional sense; there was no dining out, going to the movies, traveling, or any other sign of a normalized relationship,” he explained. “There were only Snapchats of ‘where’ and ‘what time’ we’d hook up and which hotels we’d stay at.”

Nichols disputed Thompson’s claim that their past was “based solely on sex” in a lengthy statement released last month.

“Tristan informed me that he was not in a sexual relationship with anyone else; it was neither casual sex nor an arrangement. Tristan and I communicated on a daily basis and spoke on the phone. We’d see each other a few times a month “Nichols denied that they only communicated via Snapchat.

Nichols’ paternity suit against Thompson is still pending in Los Angeles. She is suing the NBA player for prenatal care and child support. In December, a Texas judge dismissed a parallel paternity suit filed by the Sacramento Kings player against Nichols.