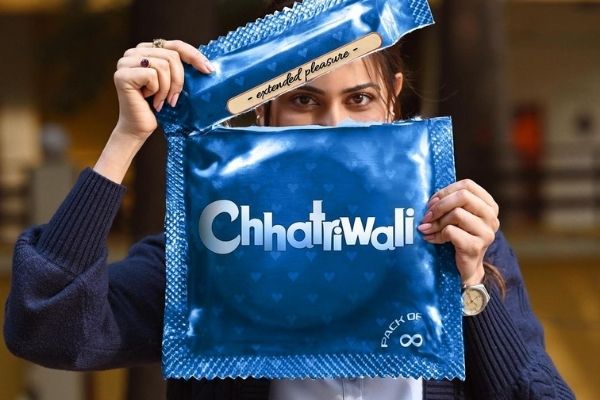 Since Ronnie Screwvala’s RSVP announced their movie starring Rakul Preet Singh as a condom tester, it has grabbed the interest of people.

The social family entertainer Chhatriwali, starring Rakul in a never-before-seen, unique role, has recently begun production in Lucknow. Desperate for work, a female unemployed chemistry graduate in small-town Karnal becomes a condom tester, a secret she must keep hidden from everyone. Chhatriwali is a whimsical drama and another new high-concept film from the production firm known for bringing groundbreaking issues to audiences.

Tejas Deoskar, the director, says, “Our film is a social family entertainer that tries to de-stigmatize the usage of condoms, and we are overjoyed that it has gone into production. Rakul brings new life to every role she plays, and with such a delicate, thought-provoking subject as this, the audience will undoubtedly enjoy a comedic roller-coaster journey.”

Rakul Preet Singh, who shares her joy, adds, “It’s a fascinating and unique subject, and I’m very excited to embark on my character’s journey. It’s vital to bring some serious concerns to light, and this has piqued my interest.” Chhatriwali is directed by Tejas Prabha Vijay Deoskar and produced by Ronnie Screwvala’s RSVP.